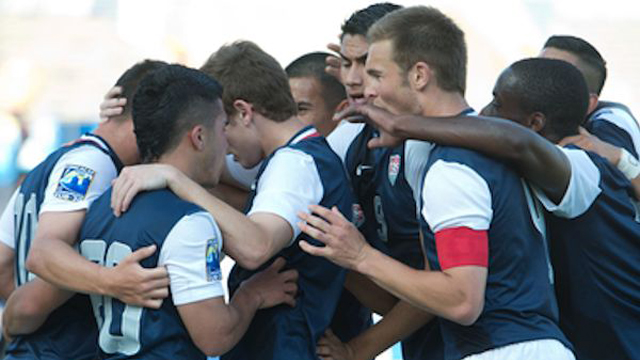 Concerns lingered over the U.S. U20 men’s national team in the buildup to last month’s CONCACAF qualifying tournament.

Results under head coach Tab Ramos had been decidedly mixed in preparations leading up to the tournament, and a shaky 2-1 win over Haiti to open things up did little to assuage those doubts. 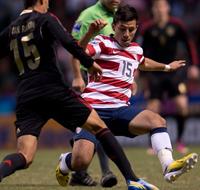 However, the team bounced back to not only qualify for the World Cup in Turkey, but also made it all the way to the final, where they lost 3-1 against Mexico in extra time, in a game that could have gone either way.

“It was exciting,” midfielder Luis Gil told TopDrawerSoccer.com of the experience. “We qualified, which is the big thing, and you always have to be happy about that. I felt like the progress as a team got better throughout the games.”

Added midfielder Mikey Lopez: “It was a great experience, great to finally play in an official tournament and an official game, and finally get the results that we’ve been wanting all along. It was a good experience for me and for the team.”

Over the course of the tournament, the team seemed to improve on a game-by-game basis. This came on the heels of the narrow win over the Haitians, a game that the U.S. could have easily lost or tied and where long stretches the team struggled, particularly in the second half.

The nature of that performance in the opening game wasn’t lost on the players, and in some ways, triggered a positive response.

“After the Haiti game we sat down and watched the film and we realized that it wasn’t good enough,” midfield Wil Trapp told TopDrawerSoccer.com. “And I think guys started taking more responsibility for the team and then we had 11 guys wanting to win and we did everything we possibly could to win. It was just a recipe for good things to happen.”

After the Haiti game, the U.S. rattled off three straight wins – defeating Costa Rica 1-0 to win the group, then a come-from-behind 4-2 win against Canada in the quarterfinal to officially clinch a spot at the World Cup later this year. A 2-0 victory against Cuba booked a spot in the final against Mexico.

The win over Canada lifted a weight off the players’ shoulders, erasing the struggles of 2011 when the U20s failed in their qualifying effort.

“We were under pressure the whole time that we started the cycle, and it was finally great to do what we were trying to do and meet our objective,” Lopez said. “Once we knew we qualified, it was an amazing feeling that we did what we wanted to do and accomplished going to the World Cup.”

Even though there was nothing officially at stake in the game against Mexico, that didn’t take any shine off facing their rivals in the final.

“I don’t have any words to explain how we felt for that game,” Lopez said. “It’s always great to play against Mexico because it’s such a big rivalry, but to play against them in Mexico is something out of this world that hopefully we all get to experience again.”

Added Trapp: “It was unreal. I’ve never played in front of that many fans, especially fans who are rooting against you. You tried to yell at your teammates, you couldn’t hear anything, it was unbelievable.”

Losing 3-1 didn’t reflect the nature of a battling and spirited U.S. performance either. With the score locked at 1-1 for most of the game, the U20s had a couple of very strong claims for penalty kicks turned down in regulation, before conceding twice in extra time to come up short.

And this came with only two healthy field players available on the bench, after the likes of Gil, Jerome Kiesewetter and Caleb Stanko returned to their club teams following the team clinching the spot in Turkey.

“It was definitely bittersweet because we felt like we had the better chances and we had the better of them, but we couldn’t get the result because things didn’t go our way,” Lopez said of the result. “We were very proud of ourselves for the way we played and how we played them and how we did during the tournament when a lot of people didn’t think we’d do this well.”

Now Ramos has just over three months to prepare for Turkey, with the tournament scheduled to kick off on June 21, when the U.S. U20s look to continue improving and make an even bigger impression on the international stage.

U20 Qualifying Roster by Position: