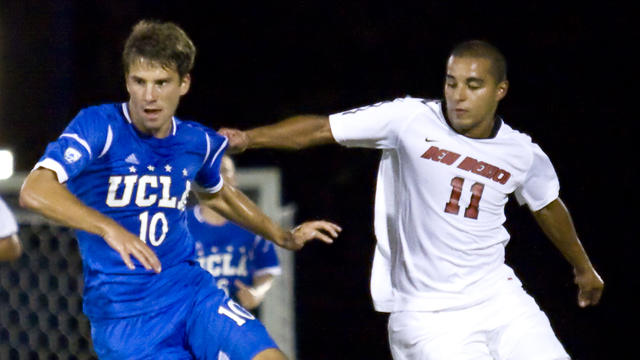 Pac-12 Player of the Year Leo Stolz has declined an MLS Generation adidas contract and will return to UCLA for his senior season, Soccer by Ives reported on Thursday.

Multiple clubs inquired about Stolz, a MAC Hermann Trophy finalist, as an early entrant to the league after his stellar season with the Bruins.

The midfielder from Germany scored 11 goals and contributed eight assists during his junior season. The 30-point season helped the Bruins to the No. 1 seed in the NCAA Tournament where they advanced to the third round before losing to Connecticut in penalty kicks.

Stolz, a product of the 1860 Munich Academy, originally enrolled at George Mason before transferring to UCLA in 2012. He scored four goals and had three assists in his lone season with the Patriots.

The 22-year-old had eight assists in his first season with UCLA, as he preferred to play the provider role and took a backseat in the attack. Encouraged by the coaches in the opening games of the 2013 season to join in the attack more, Stolz exploded on the season for 11 goals including four game-winners.

With Stolz’s return to UCLA, the Bruins will go two years without contributing a player to the Generation adidas pool for the first time since 2003-2004. The Bruins still have quite a bit to replace in 2014 with seven seniors graduating from this fall’s squad. However, the Bruins are expected to bring in another top ranked recruiting class to help Stolz carry the load.