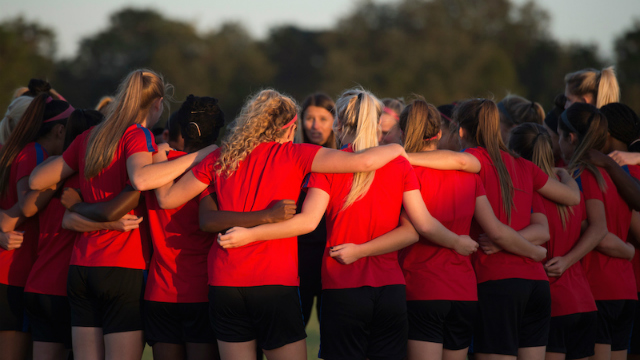 The U.S. Under-20 Women’s National Team will gather for a 10-day training camp from May 8-17 at the U.S. Soccer National Training Center in Carson, Calif.

The U-20s will scrimmage twice against the U.S. U-23 Women’s National Team, which will also be conducting a camp at the NTC. The matches will take place on Monday, May 14 at 7 p.m. PT in the Track & Field Stadium and on Thursday, May 17 at 4 p.m. PT on University Field 1.

Seventeen of the 24 players are in college with seven still playing youth club, six of them for U.S. Soccer Development Academy teams. Defenders Jordan Brewster (Internationals SC) and Naomi Girma (California Thorns FC), midfielders Jaelin Howell (Real Colorado), Brianna Pinto (NTH Tophat) and Jenna Nighswonger (LAFC Slammers), and forwards Sophia Smith (Real Colorado) and Penelope Hocking (So Cal Blues) are the players on the roster who have not yet enrolled in college.

The U.S. U-20 WNT has gone 6-0-4 this year with nine different players having scored in international matches, led by Smith, who has seven goals and 15 in her U-20 career. Midfielders Savanah DeMelo and Howell and forwards Abigail Kim and Civanna Kuhlmann have each scored twice.