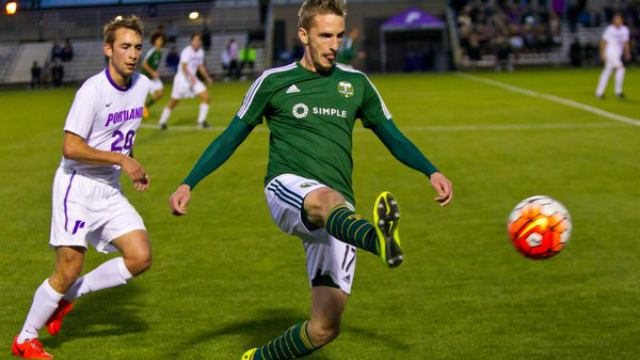 No league has evolved and expanded quite like USL over the past two years. Now set to kick off the 2016 campaign, 29 teams are going to duke it out in the third division of U.S. Soccer.

Given the dual-pronged approached to the league – with a number of MLS teams now operating de-facto farm teams in the division – there is a growing number of younger players, either shuffled in from a team’s academy, the college ranks or poached from abroad.

There are a slew of younger players to note ahead of the 2016 season. Here are 12 names to watch out for this year.

M Alphonso Davies, Vancouver Whitecaps 2: One team that will be full of academy youngsters is the Whitecaps, which includes a number of 20-something Canadians on the roster. Davies is poised to be the youngest player in USL this season, as he’s only 15 years old (he’ll turn 16 in November). Already a member of Canada’s youth setup, Davies has a big future ahead of him and will look to crack Vancouver’s USL lineup this season. M Dylan Damraoui, Timbers 2: Few players in USL bring a pedigree to the USL like Damraoui. A Belgian youth international, T2 announced the acquisition of the midfielder in February. He’ll have plenty of adjustments to make as he prepares for the upcoming season, from living in a new country to a different style of soccer. And just look at his hair.

F Pierre Da Silva, Orlando City B: The U.S. U17 MNT forward who competed at last year’s World Cup eschewed the college route to ink with Orlando City B in its inaugural season. A pacey attacking player who can score goals and create from wide areas, the future is bright for da Silva, and he’ll seek to make an early impression as he begins his pro career.

M Zachary Mathers, Sounders 2: After four years at Duke, Seattle selected Mathers in the MLS draft this past January. And while he couldn’t overcome the numbers crunch to make the first team roster, Seattle sent him to S2 where he’ll get valuable playing time and experience. An intriguing player with a good soccer brain and versatility (he can play centrally in the midfield or as an outside back), Mathers certainly looks like a potential MLS player that will look to make the most of this opportunity.

M Benjamin Swanson, Pittsburgh Riverhounds: Signed by the Crew back in October 2014, Swanson has yet to make his official MLS debut. A former U.S. youth international, a full season loan to the Riverhounds could be a huge step for him if he receives playing time. A central midfielder eerily similar to current club teammate Wil Trapp, Swanson surely will be eager and hungry to impress his loan team and kick start his development.

M Liam Fraser, Toronto FC II: One of the latest Canadians to make the jump from the TFC Academy to TFCII, Fraser is another youth national team player aiming to make a name for himself in the USL. Fraser is already a USL vet, making 10 appearances in 2015 for the Reds as an amateur.

D Nathan Smith, LA Galaxy II: A recent addition from the college ranks, Smith opted to forgo his senior season at UCLA to join Galaxy's second team. The former Galaxy Academy player is an outside back that gets forward into the attack. He’ll be an interesting case study as players weigh the chance to skip out on college soccer and opt to join a USL team.

M Derrick Jones, Bethlehem Steel: The first signing for Philly’s USL squad, Derrick Jones is a guinea pig for the Union Academy system, becoming the first player to sign directly to the Steel. There’s something more at stake here because Jones’ success could be an indicator of whether or not the development system is working up in Pennsylvania. Jones should also play a significant role in the Steel midfield in 2016.

M Christian Lucatero, RGVFC: Officially loaned out to RGVFC for the upcoming season, Lucatero is a newly signed Houston Dynamo homegrown player who has yet to play a pro game. He’ll get plenty of opportunities at RGVFC under head coach Wilmer Cabrera, who has plenty of experience with player development.

F Villyan Bijev, Timbers 2: It’s already been a long roundabout career for Bijev, who joined Liverpool as an 18-year-old and returns to the United States five years later in the USL. Bijev’s tour of Europe included stops in Germany, Norway and Bulgaria. Playing heavy minutes already in preseason, he’ll be one of Portland’s key goal-scoring options this season. At 23, he's not as young as some of ther other players on this list, but he could still have a solid career ahead of him.

M Mael Corboz, Wilmington Hammerheads: Part of the New York Red Bulls homegrown signing binge, Corboz didn’t make it to opening day in MLS and opted for join the Hammerheads to begin his pro career. A central midfielder who is an excellent set piece taker, he'll look to get significant minutes in his rookie season.

M/F Andrew Brody, Real Monarchs: Like Smith, Brody opted to skip his final season of college eligibility and join Real Salt Lake’s USL team. The former RSL Academy player is a prototypical winger who enjoyed moderate success in the ACC. He has the talent and ability to play in MLS one day, so the stint with the Monarchs could end up as a natural stepping-stone for him.

D Nicholas Hinds, Sounders 2: With S2 expected to lean heavily on its Academy for the USL campaign, Akron recruit Hinds could end up slotting in the team’s back line for a few games before heading off to Ohio. The U.S. youth national teamer is a promising player who decided to move from Florida to join Seattle’s Academy. The recently implement amateur ruling allows Hinds to suit up for S2 and pick up valuable experience.