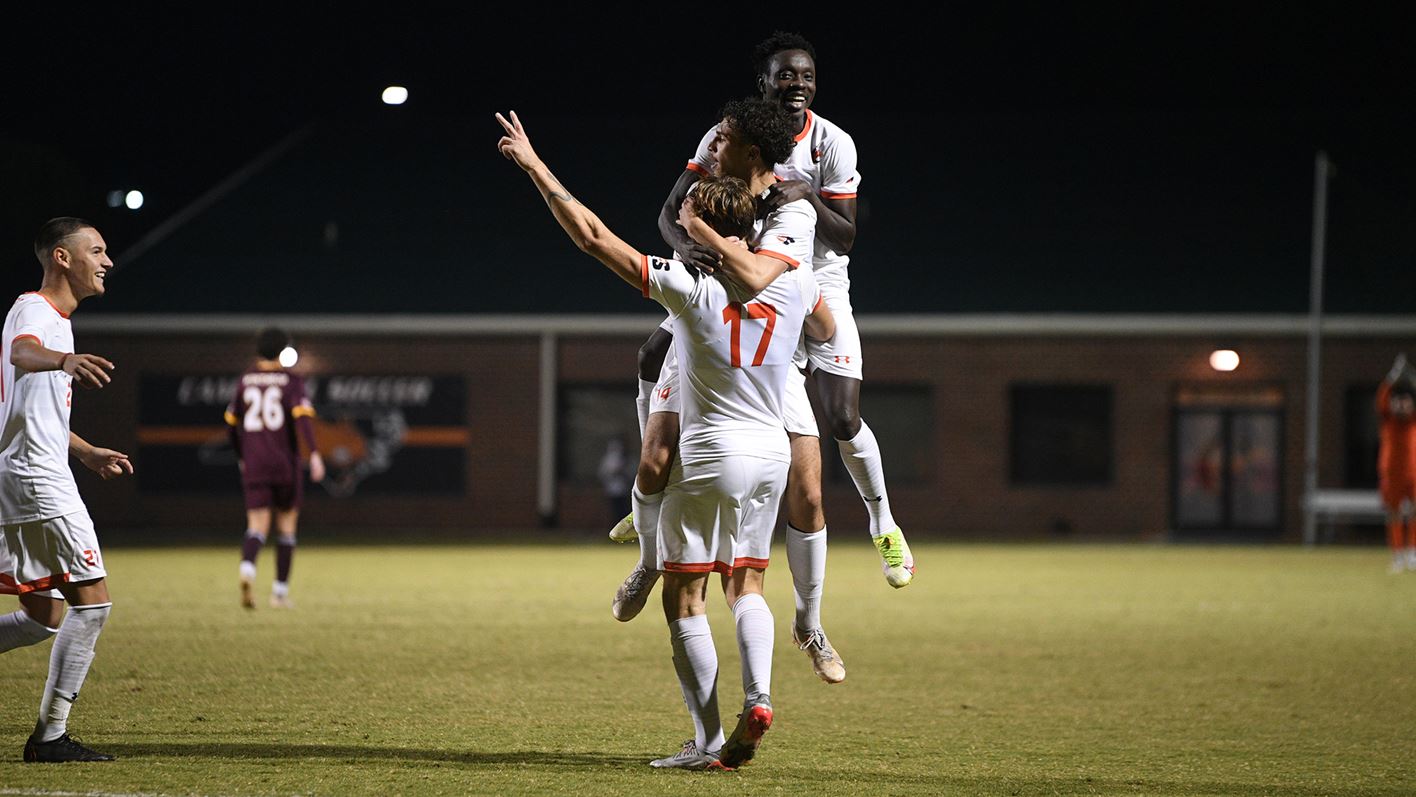 Conference tournament finals are set for this weekend on Sunday, with the bulk of the power conferences wrapping things up.

Preview some of Sunday’s biggest games below.

The nation’s capital is site of the Big East tournament final, as Georgetown’s status as a national power shows little sign of shifting. The Hoyas battled a tough and disciplined Villanova side in Thursday’s semifinal, getting a late winner from freshman Joe Buck. Georgetown’s success remains predicated on the talent of Sean Zawadzki and Dante Polvara dominating the middle, with talented players on the wings figuring out how to make plays. It’s an opportunity for revenge for the hosts, as Providence handed Georgetown its first loss of the season back on October 13. There was a drastic swing in Providence’s semifinal against Butler, as the Bulldogs had a PK with the game tied at 0-0. But a big save from goalkeeper Lukas Burns. There’s no doubt that Providence has the players to pick up the win. Brendan McSorley tends to pop up to create chances, with Luis Garcia and Paulo Lima chipping in. Keeping disciplined and picking the right spots to get forward will be the keys for the upset.

A rematch of the spring Big Ten tournament final sees the Hoosiers make the trip back to State College for the second time this fall. The Nittany Lions are looking at the chance of winning both the regular season and conference tournament titles. They’ve bounced back from a three-game losing streak earlier in the year, which included a 1-0 loss at home to IU, to rattle off four straight wins. Since trailing 2-0 against Maryland on October 26, Penn State has scored nine without conceding once. Seth Kuhn is starting to look automatic from set pieces, while the relentless work rate of Peter Mangione is hard to match. Indiana has nine win in its last 10 games, though needed a huge performance on Wednesday from Roman Celentano to get to this point. The health of Daniel Munie will be critical here, as he came out of the Big Ten tournament semifinal. Joseph Maher, who scored the winning goal against Northwestern in overtime, becomes even more important.

The dominance of these two sides in the Big South is best represented by Wednesday’s semifinal matchups. High Point won 5-0 against Gardner-Webb, while Campbell defeated Winthrop by an even bigger margin, 7-0. On paper, it looks like a mismatch, as Campbell has looked legit against high level opponents, while injuries ravaged the Panthers this season. Matthew Myers, Alex Abril and Sebastian Chalbaud are all huge here for High Point, as they look to help their side keep pace with the likes of Tyler Young and Kemy Amiche. That duo has combined for 15 goals and 20 assists, leading an offense that’s scored 51 times, the second best in the nation from a goals per game perspective.

The first place and third place teams in the Coastal Division of the ACC have made their way to the title game. It’s something of a local final for the Blue Devils, as Cary, N.C. will host Sunday’s match. In a fall season that’s had plenty of ups and downs in a fairly even ACC – all teams have at least two losses on the season – two sides battle it out for tournament supremacy. The tactical battle should be interesting to see how each team approaches it. Notre Dame tends to stay organized and look to strike through the talented Jack Lynn, who is likely to attract attention from pro teams should he be interested at playing at the next level. His eight goals and four assists aren’t quite as prolific as Duke forward Thorleifur Ulfarsson, who has scored in four straight and now has 14 on the season. There’s plenty of talent around both player on each squad, though the first goal is vital in this one. Expect to see a low-scoring affair, perhaps even a final decided on penalties.