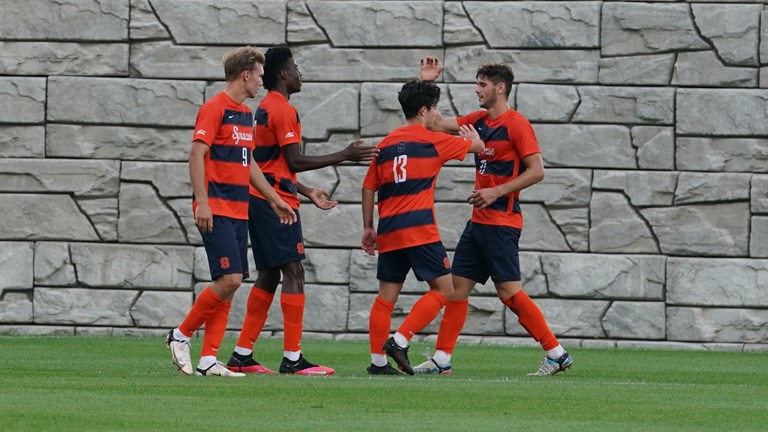 Thursday saw the start of the men’s Division I season, with several intriguing matchups.

But the weekend will have plenty of games worth watching and full of intrigue. Don’t miss these five matches (all times list EST).

It’s been nearly five years since the Hoosiers have lost to the Irish (3-0-1 in that time) as the two sides kick off the season in style. Indiana makes the three hours trip north to put their status as national championship contenders to the test. Notre Dame endured an up-and-down season last year, struggling in ACC play in the fall but coming on strong later on in the spring. Goals could be hard to find if Jack Lynn can’t get going versus Daniel Munie, Roman Celentano and Joseph Maher. Forward Victor Bezerra will look to pick up where he left off in his scintillating spring season.

The Colorado DI men’s program head to the Pacific Northwest, with the Pioneers providing the first test of the season for the Beavers. Oregon State shot out of the gates in the spring, but tailed off a bit towards the Pac-12 portion of the season. Gloire Amanda is gone, having signed a pro contract in Europe. There is plenty of returning talent, however, and all eyes will be on Sofiane Djeffal and his ability to control the game from midfield. A team that is willing to open up and attack, the tactical approach against a Denver program that is generally well organized and tough to break down will be an interesting one.

Capping off an opening weekend at Shaw Field, it’s a Top 25 tussle when the Rams arrive in the nation’s capital. The makeup of the back line is one of the things to watch for a Georgetown squad looking to make another College Cup run, boasting two of the nation’s best in Sean Zawadzki and Dante Polvara. The fortunes of Stefan Stojanovic leading the line, especially against a Fordham squad backed by Luke McNamara, will be telling. A win here would be a big boost for the Atlantic 10 as a whole, as the conference seeks to boost its RPI.

The meeting of underrated and sometimes overlooked programs from the Carolinas also has the potential to produce a high-level and competitive clash. Both struggled in Thursday’s opener, the Panthers losing on the road at Davidson, and Coastal holding on to blank Kentucky in their first game. High Point need big games from Matthew Myers and Sebastian Chalbaud to excel in order to crack what should be a stout defense from Coastal.

Looking to make an early splash, Syracuse’s trip to State College is a great chance at that. Head coach Jeff Cook has the edge in experience, with Brandon Hackenberg returning, while Justin Bloyou and Liam Butts provide depth in the final third. The Orange can certainly do their tournament chances a world of good with an early win here, not to mention build momentum early on in the season. Deandre Kerr and his ability to play alongside newcomer Julius Rausch up front. Getting the attack rolling early, especially against a team of Penn State’s quality, would be a nice confidence boost.