As four teams prep for Friday’s College Cup in Cary, N.C., history will be made over the weekend.

One of the four programs to punch a ticket will win a national title for the first time. That is already guaranteed, as none of the four teams have yet to reach college soccer’s ultimate summit.

Here’s a look ahead at how the four teams stack up against one another:

The two ACC rivals have played twice this season already, with the Seminoles emerging victorious on both occasions. In the regular season, FSU won 2-1 in Blacksburg and edged the Hokies again by a 1-0 score in the ACC tournament title game.

This game will deviate from what the Seminoles have seen so far in the tournament, as they enter this game outscoring the opposition 16-1. And while FSU is flying high at the moment, the Hokies won’t be easy to best. 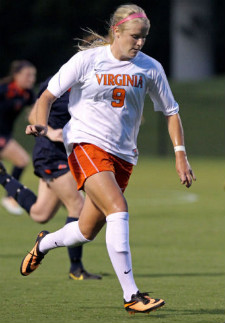 Defense: There’s a distinct edge here for the Seminoles, who are buoyed by three All-Americans at the back. Kassey Kallman and Kristin Grubka form what is arguably the best center back pairing in the nation, and they have the excellent Kelsey Wys behind them to stop anything that gets through. Outside back Megan Campbell, an Irish international, provides excellent service when she gets forward into the attack, with 12 assists on the season.

That’s not to say the Tech defense is completely overshadowed in this area of the field. Goalkeeper Dayle Colpitts has experience with the Canadian U20 Women’s National Team and is a quality shot-stopper, while Taylor Antolino has delivered some great performances after breaking into the lineup this season. Jodie Zelenky is an experienced presence as well.

Midfielders: The jewel in the Seminole midfield is of the Icelandic variety, as attacking mid Dagny Brynjarsdottir is in the middle of a fantastic season with 14 goals on the year. One could pen her in as a forward, but she can usually be found in the hole behind the lone forward. There’s depth around her as well – Jamia Fields provides width and can pop up to score a big goal or two, while Carson Pickett and Michaela Hahn provide stability. English international Marta Bakowska-Mathews offers a scoring punch from the bench, as she illustrated with a two-goal performance in the quarterfinal win against Boston College.

Countering with a goal-scoring midfielder of their own, the Hokies have seen sophomore Ashley Meier continue to thrive in the demanding ACC. Meier, along with Katie Yensen, has combined to provide 15 goals from the midfield for Tech this season, and it’s clear that those two must be instrumental in contesting the midfield battle while trying to break down the tremendous Seminole back line. Kelsey Loupee tops the team in assists as well, with nine in 2013.

Forwards: The Hokies have the slight advantage in this department, but part of that depends on how Brynjarsdottir is classified. Tech does have two outstanding forwards at the bookend of their careers: senior Jazmine Reeves – a classic speedster – and Murielle Tiernan, a freshman. The pair has combined for identical score lines up to this point, posting 11 goals and five assists each. Reeves will face a tough time against the FSU back line, looking for gaps and chances to slip in behind Kallman and Grubka.

On the other side, the Seminoles get goals from different parts of the field, but generally start with another Iceland native up front, Berglind Thorvalsdottir. She has the ability to score goals thanks to her international teammate Brynjarsdottir, while freshman Anna McClung has seen time from off the bench.

Coaching: How will the experience level factor in for this encounter? Virginia Tech is in its first College Cup ever, led by Chugger Adair, who has been in Blacksburg since 2006. He took over the program in 2011 and has achieved history, and will look to both avenge a pair of losses earlier in 2013 and score an appearance in the national title game.

This is Mark Krikorian’s sixth overall College Cup appearance, third in a row, and still the search goes on for a first national title. Krikorian, who also guided the program to three straight College Cup trips from 2005 to 2007, will have his team prepped and ready, aiming for the program’s breakthrough win. 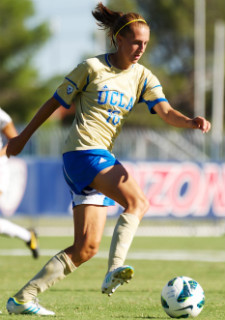 On paper, the potential is high for a classic semifinal encounter. The two teams stack up very well against each other: the best offense in the country against the best defense, both teams that try and play possession soccer – the list goes on.

Both teams boast an embarrassment of talent on each roster, and while a high-scoring encounter is unlikely, it should provide a fascinating spectacle between two very, very good teams.

Defenders: No matter how good Virginia has been this season, good luck breaking down the back line and finding a way past goalkeeper Katelyn Rowland. Center backs Abby Dahlkemper and Megan Oyster have been solid and steady all season, while outside backs Ally Courtnall and Caprice Dydasco will play pivotal roles in this one, trying to pin Virginia back in its own half – something that few, if any teams, have been able to do this season. Rowland is only a sophomore and is making a case for a spot on January’s U.S. U20 WNT qualifying squad.

Virginia’s ability to keep the ball and dominate the midfield has kept pressure off its back line all season. That’s not to say there isn’t quality there, of course, as Emily Sonnett, Shasta Fisher, Morgan Stith and Molly Menchel represent their likely starting options for Friday’s game. Menchel is a converted forward playing left back, and her battle with Courtnall is one of many critical matchups on the field. Highly-rated freshman Amber Stearns is in net for the Cavaliers, UCLA’s Rowland has the experience edge, which could come front and center should this go to penalty kicks.

Midfielders: This is where the game is likely to be won and lost. UCLA has the midfield talent to cope with UVA’s ability on the ball. Jenna Richmond, Sarah Killion and Sam Mewis are a force to be reckoned with, and they’ll look to slow down Morgan Brian, the leading candidate for the MAC Hermann Trophy. If the middle of the park is clogged, Virginia is capable of heading down the flanks, as Danielle Caprico provides great service from the flank, while freshman Alexis Shaffer is a spark from off the bench.

Forwards: There’s no shortage of scoring talent up front for either side. Sophomore Makenzy Doniak has thrived for Virginia following a stop-start first-year campaign. She’s scored 19 goals and possesses game-changing pace. Brittany Ratcliffe is the team’s super sub, another attacker with speed that can stretch the field and get on the end of Brian through balls.

Don’t sleep on UCLA’s forwards though. While the Bruins may not have the same scoring output as the Cavaliers, they have relied mostly on freshman Darian Jenkins and sophomore Taylor Smith to do the damage up front. The two will become even more important depending on how much the Bruins decide to press Virginia, as they’ll be called into defensive duty just as often as they try to breakdown the Cavalier back line.

Coaching: Amanda Cromwell has certainly put in a tremendous first year with the Bruins. After coming to LA from UCF to take over B.J. Snow, Cromwell has guided her new team to a quality campaign, regardless of what happens in Cary. She’ll actually be coaching against her old program, as Cromwell graduated from UVA 21 years ago, and was a part of the team’s last College Cup appearance.

While Cromwell’s counterpart, Steve Swanson, is also making his College Cup debut after a 23-year coaching career, he doesn’t lack high stakes experience in knockout tournaments, guiding the U.S. U20 Women’s National Team to its 2012 World Cup triumph. There will be the pressure on breaking through at this go-round, but that is unlikely to faze Swanson, as he looks to cap off what has been a remarkable year in Charlottesville.