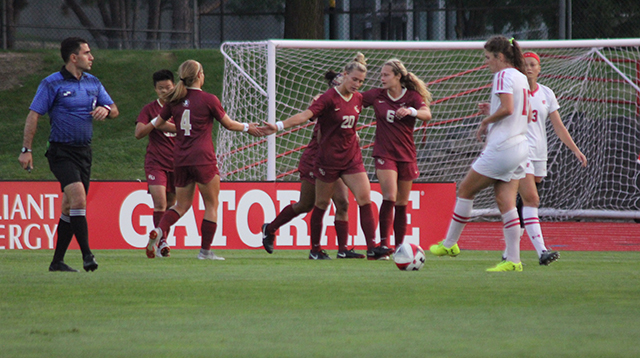 Off to a torrid start to the 2018 season, USC makes the long trip to Tallahassee, opening a two-game swing for games against FSU and Florida. USC has ample weapons to call upon from Savannah DeMelo, Penelope Hocking, Leah Pruitt and Tara McKeown. There’s been no word from Florida State if they will be missing players due to national team call-ups – this is a weekend of international friendlies – so that could have implications for this matchup. Regardless, it should provide a good test for both teams at this stage of the season.

It’s rare for one team to be mentioned twice in a weekend preview, though it’s deserving to highlight both Pac-12 programs visiting the Sunshine State over the weekends for a clash with the Seminoles and Gators. Speaking of the aforementioned international window, Hailie Mace and Jessie Fleming are likely to be missing for this match due to call-ups to the USA and Canada respectively. That’ll add a different angle to the game, as the Bruins look to Ashley Sanchez or Delanie Sheehan to provide attacking options.

Signs are positive at this point in the season for both Santa Clara and Texas A&M when it comes to having what it takes to make a splash later in the year. The Aggies have scored 12 from four games and haven’t conceded a goal. Welcoming the Broncos to College Station hands the edge to the SEC side, while Ally Watt’s form in front of goal and in the final third makes it an even more difficult task. A high-scoring clash seems likely, as Kelsey Turnbow, Madison Gonzalez, Kelcie Hedge and Maria Sanchez should be able to score the first goal against Texas A&M this season.

A rematch of last season’s NCAA Tournament matchup (Princeton triumphed on penalties after a 1-1 draw) provides a good test for both teams on Sunday. Mimi Asom was a smash hit as the Ivy League side started the season last weekend and welcome a dangerous NC State team to town. Tziarra King continues to operate as a key weapon for the ACC side, and she’ll look to thrive back home in her native New Jersey. Kia Rankin is another player to watch in the final third, as the two teams look capable of putting together strong seasons.

Ahead of the new season, Auburn needed players to step up after departures of a couple of senior stars. Brianne Folds has made a huge impact, with three goals and five assists in that four-game stretch, as Auburn faces its most difficult test of the 2018 campaign with a road swing to California. Sunday’s matchup against Long Beach State is no easy task, as Beach nearly found a way past UCLA in its season opener. They’ll head into this clash after a loss to Texas on the road Thursday night and will be hungry to bounce back.