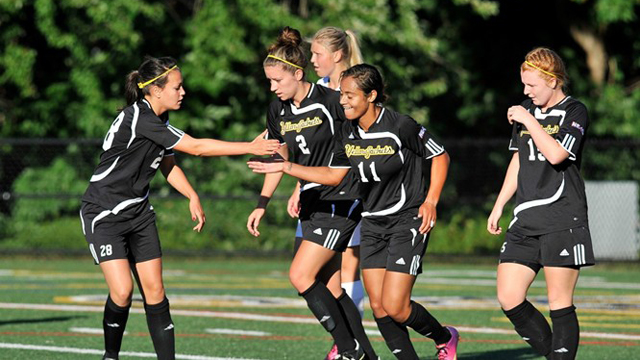 The women’s final four arrives with haste this week for eight Division II and Division III sides hunting titles. While defending DII champ West Florida is still alive and nursing its 33-game unbeaten streak, DIII is guaranteed a new champ after Messiah lost in the third round.

With the DII tournament kicking off in Evans, Ga. on Thursday and the DIII tourney starting in San Antonio, Texas on Friday, here’s are previews and predictions for each matchup.

Breakdown: There’s no question American International deserves its spot in the sunlight. Buoyed by a truly international roster (there are nine countries represented), the Yellow Jackets lost in the semis of their conference tournament before piecing together an impressive tourney run backed by a steel spine at the back.

The Yellow Jackets have given up six goals all year, which includes 18 shutouts in 22 games. They haven’t been scored upon yet in the NCAA tournament (including an impressive 1-0 rope-a-dope against Slippery Rock in the quarters), a record that will be tested mightily against Grand Valley State, the tournament’s prohibitive favorite. The Lakers, who won back-to-back titles in 2009 and 2010, are in their fifth straight final four and look positively dominant. In addition to a host of upperclassman talent, freshman midfielder Marti Corby has five goals in her last five games. The contributions are coming from everywhere for a team ranked No. 1 in the nation for much of the regular season.

It’s doubtful American International will have the better of the exchanges, so they’ll have to rely on the combined efforts of a stout senior back line to get out of this one alive. The back four of Bailey Robinson, Alie Fitzsimmons, Hilary Baker and Austrian Romina Bell is one of the nation’s best, and it will most likely have to break out the spades in front of a besieged goalmouth for this one. 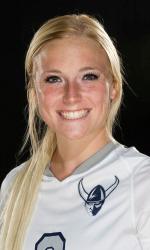 Breakdown: Western Washington hasn’t had to play a No. 1 seed to make it to the semifinals, but that shouldn’t diminish the best postseason run in Vikings program history. That’s the positive. The negative is that the Vikings’ first top seeded opponent is defending national champion West Florida, which has playoff experience for days. No Western Washington player has been this far in the postseason before.

West Florida is in the midst of a 14-game winning streak, and the Argonauts are unbeaten in their last 33. Chelsea Palmer has been a font of creativity for the Argos, with 12 goals and 14 assists this season. The 2012 NSCAA National Player of the Year is in fine form, and keeper Sarah Story currently sports a 0.54 goals against average. West Florida has experience and talent to burn.

WWU has plenty of talent on its side, unseasoned as it is. Forward Kristin Maris won the conference player of the year honor with 10 goals and eight assists this season, pushing her career total to 27 goals. If she can find some space in the small crevices of daylight in the Argos’ defense, that could open things up for sophomore forward Catherine Miles, who leads the team with 15 goals. West Florida will likely be on the front foot, but Western Washington has the graft to see off the defending champs with a coherent display.

Breakdown: There was nothing special about Capital’s regular season. The Crusaders opened the season with a loss and a draw, and at one point in October they lost twice in a stretch of three games. But they’ve lived a charmed life late in the season, and all that seems to be a distant memory. Capital is 10 games unbeaten, which includes a double overtime win in the first round of the NCAA tournament and a shocker of an upset against Washington (Mo.) in penalties in the quarters.

William Smith, meanwhile, has broken its program record for wins in a season and is fresh off a big win over No. 7 Ithaca, which bumped off defending champ Messiah in the previous round. The Herons have only allowed six goals this year, and the offensive balance is incredible. Nine players have scored at least three goals, led by Madeline Buckley’s nine.

Capital will counter with prototypical No. 9 Hilary Ells and her 14 goals. If Capital can weather the first 20 minutes and prove troublesome with Becca Cartmill creating in the middle, anything can happen. But if William Smith tallies early, all bets are off.

Breakdown: A true heavyweight matchup. Whoever emerges from this game alive will have the scars to prove it, but they’ll undoubtedly be ready for the blast furnace provided by the title game.

While Trinity (Texas) still hasn’t lost this season (and they’ve only come close a few times), Middlebury’s only setback was against salty Amherst on the first day of the regular season. After drawing their second game of the season, the Panthers are 17-0-2 in their last 19.

If there can be a favorite left in the final four, Trinity is as good a bet as any. The Tigers’ path to the final four has been a murderer’s row, and for their reward they get to play the semifinal (and the final should they advance) a mere 11 miles from their campus in San Antonio, Texas. Trinity’s 122 goals are the best for any team left, and the combination of Emily Jorgens (18 goals, 29 assists) and Kelsey Falcone (21 goals, 13 assists) should scare even the best of defenses.

Middlebury will counter with an attack that’s generated just 48 goals, but a back line that’s limited foes to just 10. A sturdy defensive effort and a goal from a set piece or on the counter will likely be the fulcrum should the Panthers get by Trinity.