Women's Team of the Season Unveiled 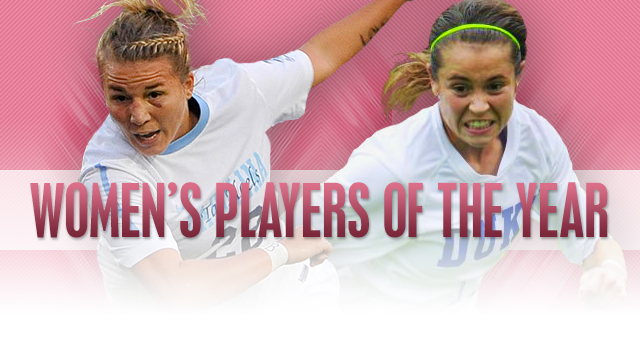 North Carolina’s Amber Brooks and Duke’s Cassie Pecht are TopDrawerSoccer.com Players of the Year for upperclassmen and rookies, respectively.

The honor comes as part of the Team of the Season lists, also unveiled today, for 33 upperclassmen and 22 newcomers to women’s college soccer. 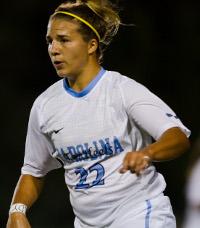 Brooks, a veteran youth national team performer, has been the backbone of the Tar Heels’ team all season, providing vital senior leadership to Anson Dorrance’s youthful squad and serving as the essential midfield cog both as a ball-winner and distributor. She also is the 2nd leading scorer on the team with 7 goals and 6 assists, going into this weekend’s College Cup.

The rookie award went to another ACC player, Duke’s Cassie Pecht, who tallied 6 goals and 15 assists from her role in Robbie Church’s midfield.

Both Brooks and Pecht were pressed for the award by a strong field of candidates, as reflected by the 1st Teams of the respective lists.

On the rookie list, Notre Dame defenders Katie Naughton and Cari Roccaro both made the 1st Team, along with Stanford’s Laura Liedle. Midfielders honored along with Pecht were Penn State’s Big Ten Freshman of the Year Raquel Rodriguez and Alabama’s Merel Van Dongen, the SEC Freshman of the Year. Rodriguez hails from Costa Rica and Van Dongen from Holland, to add an international feel to the list.

Abby Smith of Texas got the nod as 1st Team goalkeeper, with Michele Murphy of BYU, Janine Beckie of Texas Tech, Summer Green of North Carolina and Makenzy Doniak of Virginia honored as 1st Team forwards. 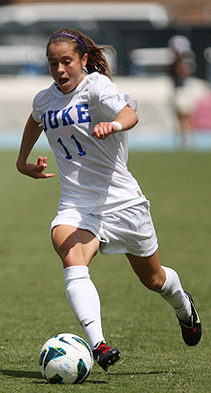