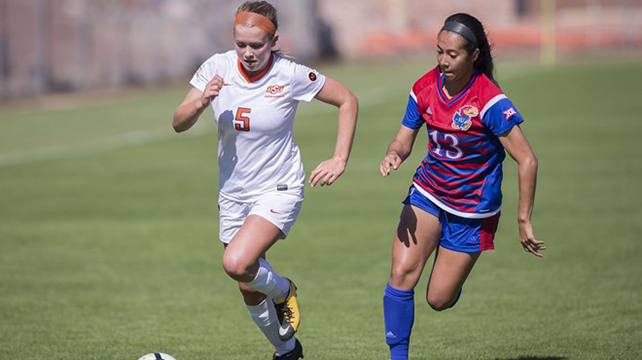 The Cougars hop on a plane for Los Angeles, where they’ll open the Pac-12 schedule with a tough one. The Bruins have been under the radar for the bulk of the season; Jessie Fleming’s been in and out of the lineup with injury and international duty, although Hailie Mace is starting to heat up (right before heading out to World Cup qualifying). Last season, Washington State mustered a 1-0 victory against the Bruins on home turf. UCLA is sure to be hungry to avenge that, but more importantly get the conference schedule off to the right start. Slowing down Maddy Haro, who leads the nation in assists, is a big piece of that, and Morgan Weaver adds the finish tough. Defense is the key for Washington State to go on the road and get a result, as they’ve conceded just four goals so far this year.

Stanford’s Pac-12 opener is no easier, as the Wildcats arrive in Palo Alto Friday night. After an opening day loss at home against Albany, Arizona’s rattled off seven straight wins. It starts at the back, as Lainey Burdett’s experience between the posts should give Arizona a fighting chance to hold off Stanford’s attack. Forward Jada Talley’s stepped to the fore, scoring five goals, while freshman Emily Knous can both score and create. The Cardinal are in an interesting spot heading into this one. Still a deep,

After a scintillating start to the season, Boston College faces its biggest test yet when the Seminoles come to town. Sam Coffey’s start to the season – she’s scored five times and added nine assists – has been the driving factor, while Olivia Vaughn and defender Gianna Mitchell have also tallied five goals apiece. The team’s shown a defensive bite as well, conceding just three times through the season. Florida State’s defensive prowess is even better, having given up only two goals. However, one of those given up was to North Carolina on Sunday, where FSU fell by a 1-0 score. Going forward, the team hasn’t been quite as lethal as needed. Deyna Castellanos boosted her tally to three on the season with a brace on Thursday night. If she can get on track, that could prove to be pivotal in FSU’s season.

Another scintillating ACC matchup sees the Cavaliers hit the road for a visit to Durham. Both teams have lofty ambitions of conference and national competition, so the desire for the full points is sure to be a big factor. Twelve different players have scored for Virginia, which has cruised to wins in its first seven games of the season. Alexa Spaanstra and Rebecca Jarrett have contributed in the final third as freshmen, while the team’s spine of Laurel Ivory, Phoebe McClernon and Montana Sutton remains formidable. The matchup of these programs should provide plenty of entertainment, as both teams like to possess the ball and create scoring chances on the floor. Duke, while featuring Kayla McCoy in the final third, lack a bit of dynamism that helped the team make the 2017 College Cup. Freshman Marykate McGuire’s chipped in a few goals, and Ella Stevens is a creative force.

Judging by non-conference results, this is the premier Big 12 clash of the season between two sides that can certainly stake a claim on the conference title. Marlo Zoller and Haley Woodard are tied with the team lead in goals, with four apiece, and Kim Rodriguez adds the cutting edge with three goals and three helpers. Despite falling last weekend by a 3-0 score to a talented and tough Texas A&M side, Kansas has shown signs of making a case for the NCAA tournament. Katie McClure’s five goals and three assists have been huge, though she’s gone three games without a goal or assist and will hope to snap that streak. Grace Hagan has stepped up since McClure’s gone quiet, and junior Taylor Christie adds goals from the bench. There should be plenty of offense in this one.