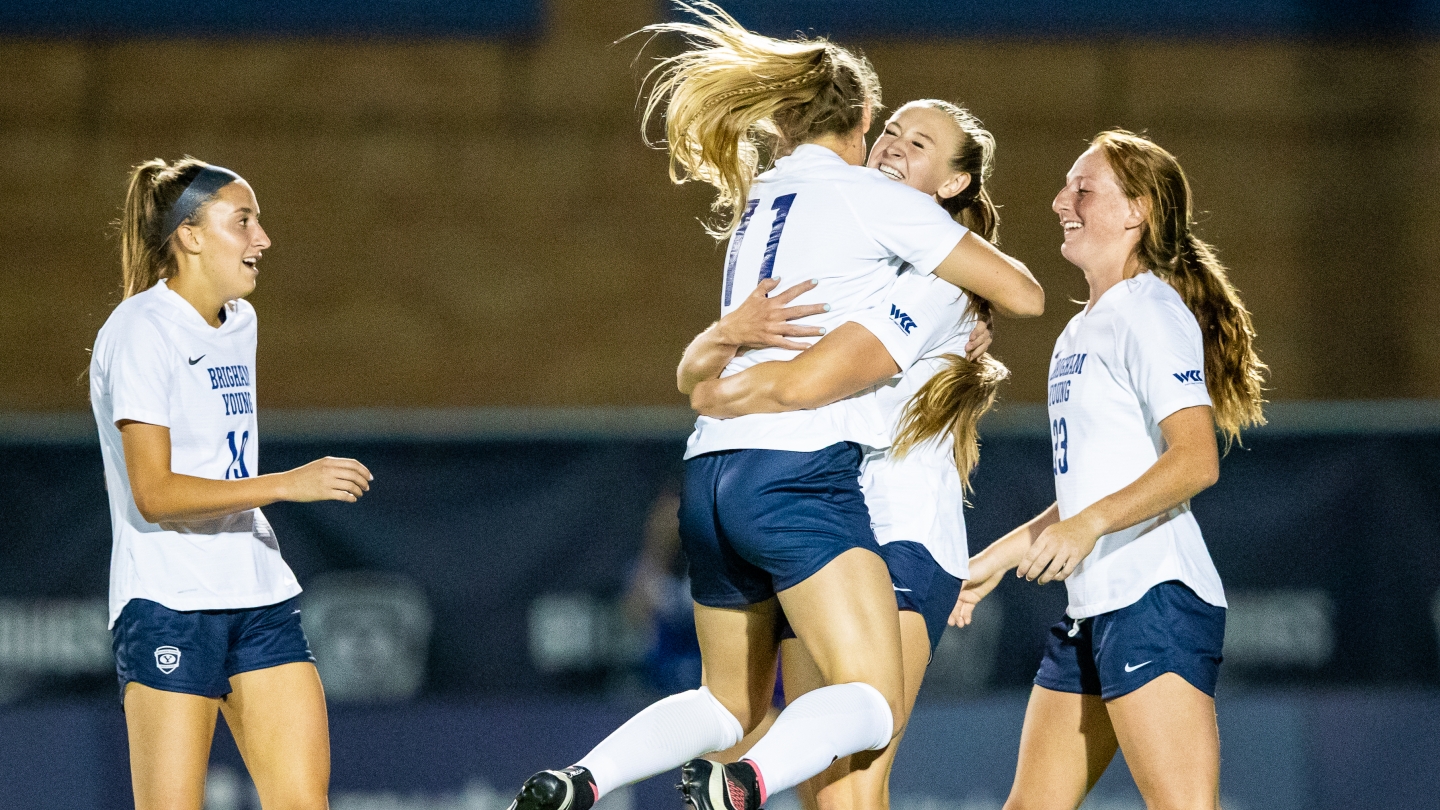 Big games are on the docket this weekend, as the Pac-12 and WCC will crown a champion. On Sunday, there are also several big conference tournament titles that will be secured.

It’s not quite a Pac-12 title game, as USC only needs a draw to clinch the crown. But it’s as close as the conference gets, as the crosstown rivals battle in Los Angeles for a shot at the automatic bid. On paper, the matchup lives up to the billing, with two strong attacks going up against defenses and goalkeepers that can produce game-changing moments. Penelope Hocking’s involvement is one of the big X-Factors hanging over the game, as she’s missed the past few matches with a knock. There’s an argument to be made that USC could save her for the tournament since the visitors just need the draw at home. Plus, freshman Simone Jackson has stepped up, and her ability to take defenders on could produce moments of magic. The emergence of Croix Bethune this fall as one of the top players in the country gives USC another option, though besting the stout UCLA midfield is easier said than done. The strike duo of Mia Fishel and Reilyn Turner continue to make a difference in front of the opposition goal, but UCLA’s defensive group is impressive. Lauren Brzykcy offers safe hands in goal, while Lilly Reale is a first-year star for the Pac-12 squad. It’s a late kickoff on the East Coast, but it should be worth staying up for.

It’s not quite a WCC title game in this matchup, as Pepperdine seeks to become the second team to win at BYU in the fall of 2021 season. BYU is tied with Santa Clara for first place – and the Broncos hold the tiebreaker, having beat the Cougars last weekend – and with a win can claim at least a share of the regular season crown. BYU’s attack is as impressive as ever, between Mikayla Colohan (13 goals, 13 assists) and Cameron Tucker (12 goals, 5 assists). But it’s also a collective, as the team has scored 61 goals on the season. An impressive 15 players have contributed goals. Pepperdine has an outside shot at the WCC title, but need to get the win here to go with a St. Mary’s victory against Santa Clara. The Waves are no slouches in front of goal themselves, with 45 on the season behind the likes of Joelle Anderson, Tori Waldeck and Carlee Giammona. Regardless, this should be a good one to watch.

A massive win in the Big East quarterfinals could have pushed the Red Storm to an at-large bid after defeating Xavier. They weathered the storm in that matchup, outshot 15-4 but Zsani Kajan’s 17th goal of the season making the difference. Kajan is within striking distance for the lead in the national rankings for goals scored, and a huge day against Georgetown could get her there. The Hoyas bounced back in impressive fashion, beating Butler 2-1 in the semifinals to make it to the championship game. Eliza Turner and Kaitlyn Parcell picked their perfect time to score the first goals of the season, and the key remains the same for Georgetown in the final: shutdown Kajan, get a goal or two and shut up shop. Head coach Dave Nolan is one of the nation’s top coaches, and he continues to do an excellent job on the Hilltop.

Is sixth time the charm for Arkansas? The Razorbacks are back once again in the SEC tournament final, looking to finally grab that elusive hardware under head coach Colby Hale. Their effective style of play is difficult for most teams to cope with, and with depth and experience, they will shade this one as favorites. Tennessee is far from an underdog story, however, as they are a much-deserved Top 10 team at this juncture of the season. One of their two losses on the season came earlier against Arkansas, and this is opportunity to avenge that. Jaida Thomas has come up big for Tennessee in the first two games, and will look to do that again one more time.

Regular season champions Rutgers seek to make it 13 wins from 13 games in the Big Ten in the regular season and postseason. It’s been a sensational season for the Scarlet Knights, adding a more dynamic attack to its typically robust defense. Frankie Tagliaferri’s been a massive reason for that, along with the steady contribution of Amirah Ali and freshman Riley Tiernan. Four straight wins should have Michigan dreaming big, as the program continues to improve and do well down the stretch. Loaded with seniors, the quality from the likes of Raleigh Loughman, Sarah Stratigakis and Alia Martin is there for the Wolverines to pull off the upset. It won’t be easy, and it could be low-scoring, but Michigan has the players to get it done.

While lacking a big, marquee win against a high RPI side, the Longhorns should be fine on Selection Monday, as the young side chases a Big 12 tournament title. The two sides drew 1-1 earlier in the year, and the quality is there for the Longhorns to pull off the win against the Top 10 squad. Of course, it’s not an easy task. Head coach Eric Bell has done a tremendous job, and they are one of the best teams on both sides of the ball. Messiah Bright and Grace Collins are a dynamic duo in the final third, and a big game from Texas GK Savannah Madden will be needed once again. For all the attacking prowess shown by Trinity Byars and Lexi Missimo, Texas has shown the ability to dig in and get a zero on the board. Do that again, and it could be a path to win.