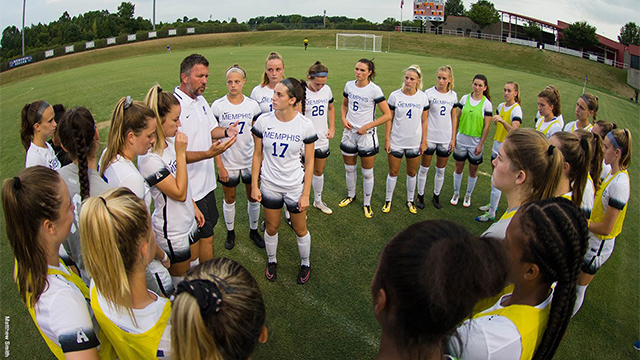 The conference action continues around the nation this weekend.

Check out these five women’s DI matches to watch.

The nation’s longest winning streak faces another big test when the Gamecocks travel to Nashville with significant implications in the SEC race. If Vanderbilt can win, the Commodores would take another step closer to the regular season crown. Redshirt Freshman Haley Hopkins’ emergence as a goal-scoring threat is a big reason why the Commodores have enjoyed such a season to this point. Finding a way past South Carolina’s center back Grace Fisk could be what decides the game; the Gamecocks’ defense is strong as usual, although a high-scoring matchup would favor the hosts. Whatever the case, this one should be a close one.

Arriving in College State with a Top 10 RPI ranking and four games overall left on the season, the Bulldogs appear to be on the cusp of making it the NCAA tournament. The combination of some fiery freshmen and upperclassmen leading the way, a win in College Station would be another massive accomplishment. That’s easier said than done of course, as the Aggies are a perfect 10-0 and will look to consolidate a top four seed with one eye on the tourney. Ally Watt’s been a huge factor, though the fleet of foot forward is but one factor in the team’s success. It’ll be a tough matchup but expect the Aggies to eventually pull away.

Before last weekend’s trip to Colorado and Utah, the Cougars were the last remaining perfect record in the nation. Washington State is back at home, welcoming the Women of Troy for a tough Pac-12 clash. It’s always difficult for Pac-12 sides to make the trip to Pullman, and while USC is as battle-tested as they come, beating the Cougars is no easy task. If they do, it’ll come thanks to front-runners like Leah Pruitt, Natalie Jacobs or Savannah DeMelo, who help move the attack forward. If Ella Dederick is back in goal (she was injured earlier this season), Washington State’s already favorable chances will go up significantly.

It’s a season-defining stretch in the American Athletic Conference title race, as UCF and South Florida both pay a visit to the Tigers. If Memphis pulls off the win in both matches, it’s unlikely anyone catches them. Assuming this match comes off (depending on Hurricane Michael limiting South Florida’s travel plans) slowing down Evelyne Viens is a big task for Memphis. The Tigers boast plenty of quality at each end of the pitch, as Clarissa Larisey and Samantha Murphy fire the attack, while the back line is guided by Olivia Gauthier, Stasia Mallin and Kimberley Smit. Memphis have won 10 games in a row heading into Thursday’s match with UCF, and by Sunday night will hope to be at 12.

Is another twist in the Big 12 title race on the cards for this weekend? With three one-loss teams and five others sitting on a 2-2-1 record, just about any team can pull off the victory. That makes several matches critical, but both the Red Raiders and Jayhawks can gain an inside track by winning this matchup. Texas Tech’s defensive record is impressive, conceding only seven goals at this point in 2018. Getting enough goals, whether through Jade King or Kirsten Davis, is always critical. Meanwhile, Kansas can look to Katie McClure for goals at the right time, even if her fast start to the season hasn’t carried over into the conference schedule at the same rate.