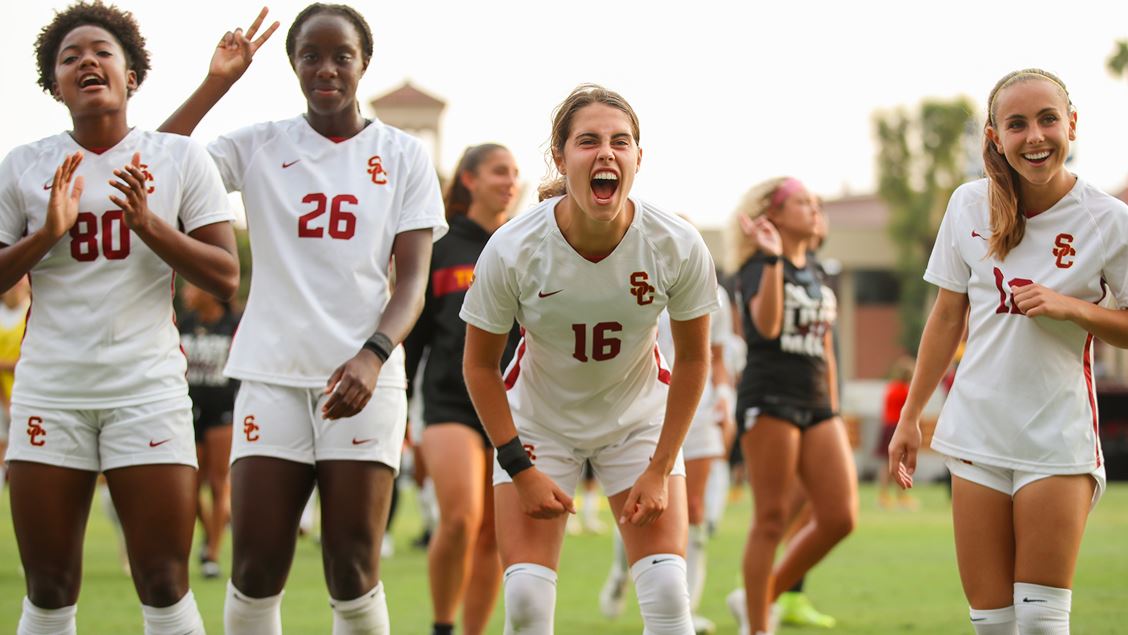 Conference tournaments begin in some corners of the country, while big regular season clashes loom. Check out these five games to watch (kickoff times listed EST).

Heading into last weekend, this was shaping up to be a matchup of two teams with perfect WCC records. However, BYU now has the edge after the Broncos slipped up on a road trip to Portland. Familiar faces hold the keys in this game. Cameron Tucker and Mikayla Colohan fire the BYU attack, while Kelsey Turnbow and Isabella D’Aquilla look to keep pace for the spring champions. With an unbeaten mark of 5-0-1 at home, the Broncos can lean on that advantage when they welcome BYU to Northern California.

The Big Ten tournament begins with the quarterfinals on Sunday, providing four intriguing matchups. These two sides played just 10 days ago, in Ann Arbor, a 2-0 victory for the Wolverines. That familiarity and desire for both sides to chase a conference crown should add a level of intensity to this match that should make it compelling. While both teams should feel safe about their shot at an at-large bid, the winner could feel better about pushing for a national seeding. Penn State will need to lock down the Michigan offense, which has been playing well through Samantha Woods, Raleigh Loughman and Sarah Stratigakis. Injury-riddled through part of the season, Penn State is back on track and need big games from offensive players Sam Coffey and Ally Schelgel in order to pull off the win.

A decisive matchup in the Pac-12 race, USC currently leads the regular season standings by two points ahead of UCLA. The Bruins bested the Cardinal on Thursday night in a tight, 1-0 game. USC’s attack is clicking, even though Penelope Hocking has been missing in the past two games. Freshman Simone Jackson is coming on strong in the conference stage of the season for USC. On the other side, Stanford will look to Madison Haley, Maya Doms or Andrea Kitahata to create chances. With one eye on next Friday’s finale against UCLA, USC needs the full points in this one to hold the advantage in the conference chase.

While the Summit League title is likely to be already decided when this one kicks off – only a Denver loss to South Dakota on Friday, paired with a South Dakota State win keeps it on the line – but regardless, the two best teams in the conference meet on Sunday. The Pioneers are looking to run the table in conference play, and have an attack that can be impacted by several players. Sydney Sharp and Kaitlyn Glover have turned in the chances created by Natalie Beckman and Sami Feller; the latter two have 25 assists between the two of them. Goals should be in ample supply in this one, as South Dakota State can create chances. Maya Hansen and freshman Avery Murdzek do most of the damage in that regard.

The ACC quarterfinals are set for Sunday night, and Duke hosts Wake Forest in a regular season rematch. The Blue Devils won that one 2-0 in Winston-Salem. It’s a big chance for Wake to secure a win against the side ranked as No. 1 in the RPI. Duke has Michelle Cooper available, and the freshman continues to have a strong campaign. A side bolstered by freshmen as well, if Wake Forest gets production from them, they should be able to cause problems for the higher seed.