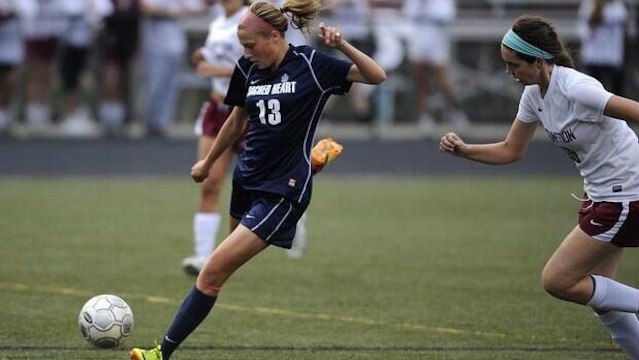 The matches will be live-streamed on TopDrawerSoccer.com Saturday, starting at 2 p.m. EST for the boys game, and the girls to follow at 4 p.m.

Some of the front line formations could see Bouvia, with her 311 career goals, grouped with Northwestern commit Mikayla Hampton (79 goals) and Duke commit Karlie Paschall (84 goals) for the West. The East could counter with Duke commit Gabrielle Brummett (226 goals), Notre Dame commit Bailey Cartwright (230 goals) and Harvard commit Murphy Agnew (98 goals) in a three forward attack. Both teams have other 90+ goal scorers, as well.

The offensive prowess run so deep on each team that even five of the 10 defenders invited to the contest have 25 or more goals, as well.

It's almost guaranteed that the starting lineups, regardless of which 22 players are put on the field, will have in excess of 1,000 career high school goals.

The lineups this year seem destined to break the shutout string surrounding the girls All-American Game. The East won the inaugural match 2-0 in 2013. The West countered with a 5-0 thrashing in 2014. Last year’s match ended in a scoreless tie. Each year, a goalkeeper has claimed an MVP award. If that happens again, it would be quite deserved given the barrage the keepers are expected to see Saturday afternoon.

Here are the finishers to watch Saturday, listed with number of career high school goals scored: