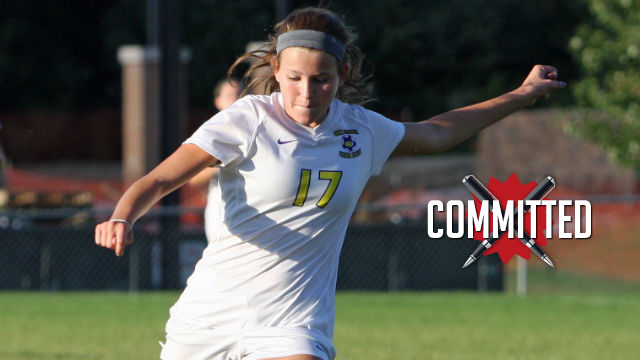 For Alexandra Rice, a forward/attacking midfielder who looks to create scoring chances for her team, Wisconsin simply had the total package of school and soccer. 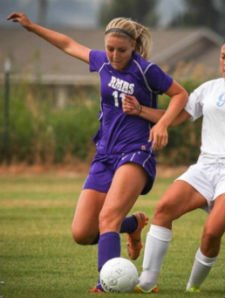 “The coaches, the campus, the academics: Wisconsin just had it all,” Rice told TopDrawerSoccer.com. “Ironically in the beginning I wanted to go somewhere warmer than my hometown of Indianapolis but after visiting Wisconsin and meeting with coach Wilkins and coach Weiss a couple of times, I just knew that it was the place for me.”

While it was clear how impactful the coaching staff was in helping Rice make her decision, seeing the team up close and interacting with the players went far as well.

“I like how hard working and close the team was when I spent time with them on my visits. They made me feel welcome and want to be part of their family. I’m excited to be able to play for a Big 10 team. That was important to me.”

Another element to her recruiting search was finding a big school with a storied history and plenty of activities, both which Madison offered to Rice.

It also presented the right kind of options for her potential career.

“Academically the programs are awesome especially for pre-med,” she said. “I was able to attend a specific career session the day I visited and Wisconsin offers multiple paths to what I want to study. I also love the campus and the fact that it is right on the lake. Madison has so much to offer.”

Rice is the second verbal commitment slated to join Wisconsin in 2017.

A tenacious and hard-working player, Idaho standout Addison Standlee found the right school for her without leaving the state.

“I decided to commit to Boise State because of the great coaching staff, style of play, conference, and the overall atmosphere on campus,” she told TopDrawerSoccer.com after her commitment.

With her search fixated on schools mostly in the western part of the United States, Standlee eventually saw that the Boise State program had everything she was looking for in a soccer program.

“[It had] a great coaching staff, competitive conference, talented recruits, nice facilities, and a quality style of play,” she explained.

She also liked unique campus and school extremely supportive of its student athletes, a big draw for her.

“The city is full of nothing but crazy fans, every athletic program within Boise State is supportive of one another, and every staff member at the university is willing to do whatever it takes to help us succeed both on and off the field,” Standlee said.

Four players are verbally committed to join Boise State in 2015.

Forward Amirah Ali (PDA) committed to Rutgers for the class of 2017.

Forward Meridith Beretta (Vestavia Hills SC) committed to Berry for the class of 2015.

Midfielder Natalie Jacobson (Indiana Fire Juniors) committed to Wisconsin for the class of 2015.

Goalkeeper Michelle Cole (Cook Inlet SC) committed to UTSA for the class of 2015.

Forward Maya Watkins (Pittsburgh Riverhounds) committed to Hofstra for the class of 2016.