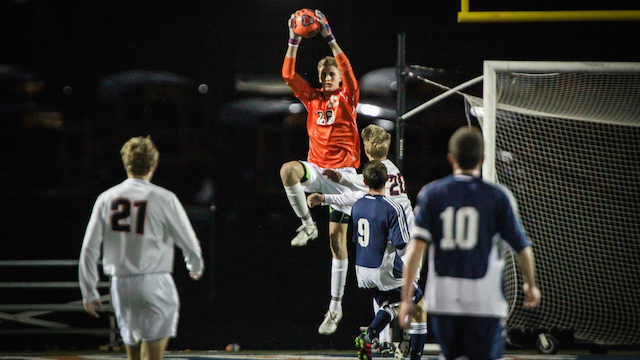 More than 200 fall-playing boys and 350 fall-playing girls debut on the inaugural TopDrawerSoccer Fall All-America Watch List for 2018, as published on Aug. 20.

The list will be updated each week until the end of the high school season.

The inaugural list is a collection of players expected to play this fall who made some level of TopDrawerSoccer all-star status last year and/or are NCAA Division I commits.

WEEKLY UPDATES: Players will be added under the following circumstances: 1. They are named to the Best XI at any of the major high school tournaments this fall (Zionsville Lady Eagle, Rivals Tournament, Go For the Goal Fall Classic, etc., etc); 2. Through coaches' recommendations; 3. TopDrawerSoccer staff assessment during events; 4. They have emerged as state record-setting performers; and/or 5. They are NCAA Division I commits. ... Only players who do not return to high school play or miss more than half of the season will be removed from the list. ... The weekly updates start after Labor Day, once enough states are into their season.

TopDrawerSoccer produced the national fall players to watch for USA Today. The list is as follows:

* With several club programs leaving the Girls Development Academy, it could allow a couple hundred top female players to rejoin their high school teams. That certainly will happen in New Jersey, and the net effect will change some teams' fortunes and bring in players who sooner-than-later will be added to the All-America Watch List.

Much has been and will be written on the players above, therefore, below are some notes on additional players to watch ...

* The top female recruit in the Heartland Region who is No. 91 in the latest 2020 IMG Academy 150 is expected to return to high school play this season. Cretin-Derham Hall (Minn.) coach Rosie Malone-Povolny confirmed that Notre Dame commit Paige Peltier will be back this fall as a junior. Peltier was a freshman standout who missed last year due to injury.

* Speaking of a return to high school play, Adrian Arguello will be back at Caldwell (Idaho) this fall. Touted as the best player in Idaho, Arguello previously played in the US Soccer Development Academy with the Portland Timbers, where he started 24 of his 27 appearances during the 2016-17 season.