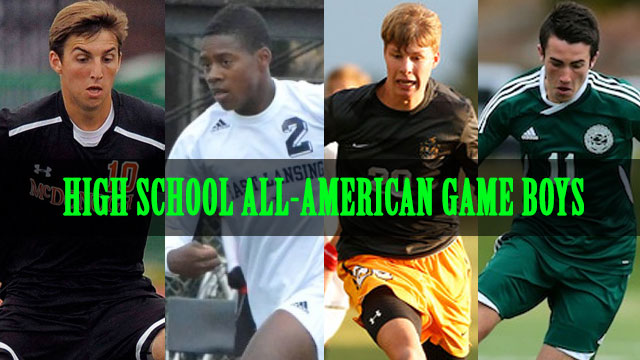 This is the fourth year for the East vs. West contest, which pits top seniors from fall-playing high school soccer states. The All-American games, boys and girls, will be played Dec. 13, in Raleigh, N.C., the same weekend as the NCAA Men’s College Cup.

Maryland commit Connor Smith, the No. 34-ranked player in the IMG 150, who has helped McDonogh School (Owings Mills, Md.) to the SIMA FAB 50 No. 1 fall ranking for most of the season, is joined by high school teammate Eremuse Momoh, the No. 112-ranked player, on the East squad. Berkshire School (Sheffield, Mass.), the top-ranked Prep School, is represented by Wake Forest commit Jack Harrison and Justin Donawa, who also are members of the East team. Youth national team player Gavin Barger of [Loyola Blakefield md-m] also is part of the roster.

For more information about the game, visit highschoolsoccerallamerican.com