Great Lakes player could be next star 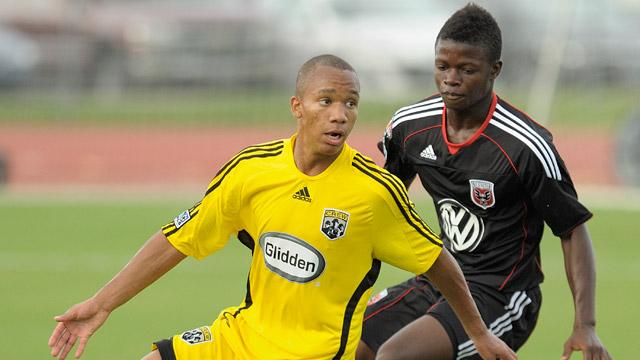 In just a short time with the Columbus Crew U16 Academy team, the potential that forward Ray Olavarria has shown has been so great, it has placed him among the top five of the Great Lakes Top 20 Rankings.

“He came out last spring after being found through our Latin community relations,” Head Coach Billy Thompson said. “We’ve only had him for a short time, but he has done very well. We see that he has the opportunity to do great things.” 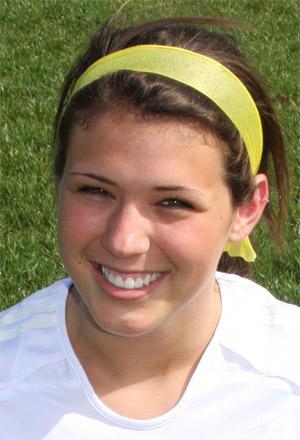 Taylore Peterson
Thompsons went on to say that Olavarria could potentially be the best player the team has ever had. The important thing at this young age of development however, is to be able to extract that ability from him.

With a big frame, Olavarria’s carries a lot of strength. But according to Thompson, it’s his work rate and speed that is most impressive.

“Technically Ray is very sound. Right now, what he is missing is his ability to capitalize his strength to his advantage,” he said. “He has been used to do whatever he wants on the field and get away with it. It’s doesn’t work quite the same in the academy.”

It will take a little bit more time to really see what Olavarria can do on the field. The Crew doesn’t play until the spring, but Thompson is very confident of his new player’s talents.

“He’s a phenomenal athlete, with a passion for soccer,” he said. “It’s now our job to make sure he can become the best we’ve had.”

As for the rest of the Great Lakes Top 20, Jerome Cristobal and Jeff Adkins rank four and five in the 2012 Boys class. Alec Nagucki and Samuel Brown follow Jeffrey Rhodes in the 2014 Boys, and Parker Siegfried and Thomas Ueland make the top five among the 2015 Boys.

On the girls’ side, Ashley Meier and Sarah Moline follow Taylore Peterson for the 2012 Girls. Rose Lavelle and Jessica Kjellstrom round up the top five in the 2013 Girls. The 2014 Girls table sees Bryce Hueber and Samantha Kokoska in third and fourth, respectively. Finally the 2015 Girls has Kelsey Dorsey and Courtney Petersen moving up one spot to the top five.