Photo gallery from ECNL U14 Championship So Cal Blues are the champions of the U14 age group in the Elite Clubs National League (ECNL). Blues won the competition in the youngest age group with a 4-0 victory over Ohio Premier in the final on Tuesday. The title comes only days after Blues captured the U13 crown in the Far West Regionals, as the Southern California powerhouse in girls club soccer looks to have an unrivaled amount of talent coming through the ranks for the years to come.

TopDrawerSoccer was on hand for the ECNL U14 National Championship game. Check out the photos from the game. 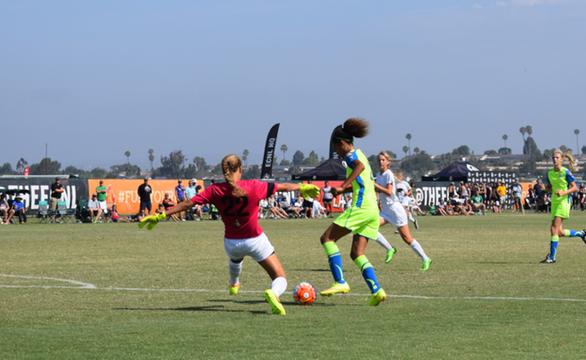 Ohio Premier vs. So Cal Blues