How Do I Get Scouted by TopDrawerSoccer? 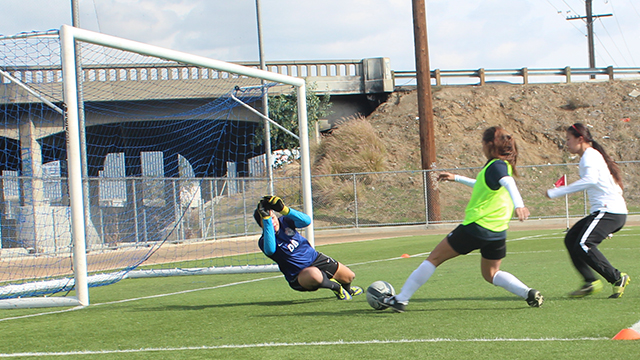 How Do I Get Ranked?

The first step is to make sure you have a player profile.

Once that is complete, the best way to get ranked (in the regional or national rankings) or get rated (with a star rating) is for a TopDrawerSoccer scout to see you play. TDS has scouts at a number of events including nearly every ECNL, Girls Academy League, and MLS Next event during the club soccer season. TDS also has scouts at National Events for US Club Soccer and US Youth Soccer as well as some of the top national tournaments (Surf Cup, Dallas Cup, Jefferson Cup, etc.).

If your team is participating in any upcoming event, prior to the event send your team’s schedule to rankings@topdrawersoccer.com. While it is impossible to guarantee that a scout will be able to attend your game, it does help to have your schedule and jersey number available in case we make it to your field.

What If That Isn’t An Option?

We understand that for some teams and players, national exposure is not a guarantee or an option. We do take input from club coaches. Please ask your club coach to send an email to rankings@topdrawersoccer.com.

What Is The Scale For Your Star Rating?

For more information about how we view that ranking and rating process, please visit this webpage.

How Come I Don’t Have a Rating? You’ve Seen Me Play!

If you have been mentioned in an article on the site from one of the events and graduate in the classes 2022-2025, please send an email to rankings@topdrawersoccer.com and bring this to our attention.

TopDrawerSoccer does not give out ratings until we start the process of ranking the class. For the class of 2026, which will be ranked for the first time during our end of the season update, we will begin giving out ratings toward the end of June/July.

How Come Some 2026 Players Already Have a Star Rating?

Players we have seen at Youth National Team camps have been rated early - these are the top players in the class (top 10-20). Also, players who were originally classified as part of the 2025 class, but have been moved to 2026 keep the rating.

When Will The Next Ranking Be Released?

The start of the summer updates will be on Monday, August 16 with the Boys Class of 2022. Each Monday will feature an update to a new class with the final update for the summer coming on October 4 for the Girls Class of 2025.