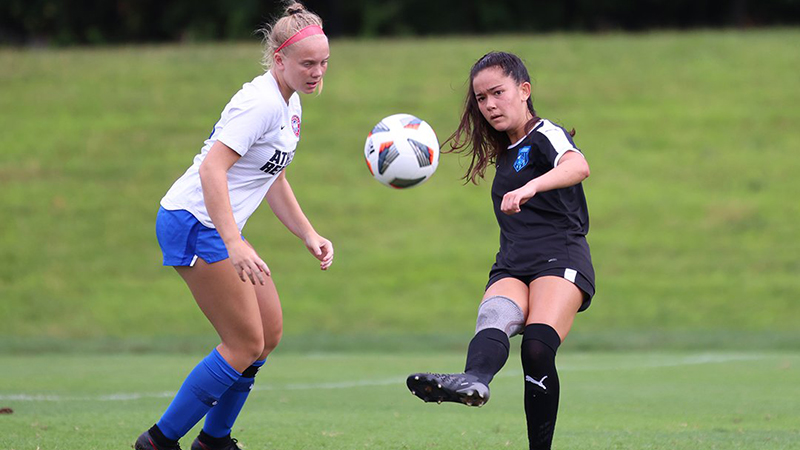 The first full season of the Girls Academy League came to a close over the weekend with the finals taking place in Greensboro, N.C.

Weather delays in Sunday’s finals added another challenge in a season full of them for teams and players.

Champions were crowned in three age groups as the 2020-21 campaign officially came to an end.

Two overtimes, two wins and a national championship for NEFC at the Under-15 age group.

The Northeast side progressed to Sunday’s final with a 1-0 overtime victory in the semifinals versus OK Energy FC. Also moving through the semis was IMG Academy, which defeated West Coast FC by a 2-1 score.

NEFC got the goal when it counted, beating IMG by a 2-1 score in overtime.

U16: Cincinnati United takes the title

After winning a wild 5-3 matchup in the semifinal against Oakwood SC, Cincinnati United Premier faced a Utah Royals FC-AZ squad that won 2-1 in overtime against Weston FC.

A lightning delay impacted the final, where Cincinnati won by a 2-1 score.

In the third-place game, Weston FC claimed a 2-0 win in a game that was called due to the weather conditions.

🏆 CHAMPS 🏆@CUPGirlsGA take the U16 Final in a tight 2-1 game! pic.twitter.com/xKNfIPcgi7

Two of the top clubs in the age group squared off to round out Sunday’s action – also navigate a lightning delay.

TSJ FC Virginia advanced to the final on the back of a wild 3-2 win against NTH Tophat in overtime. Nationals had a much easier time of things, winning by a 3-0 score in the semifinals.

Neither side managed to find the back of the net in the lightning-delayed finale on Sunday. And when it came time to penalty kicks, Nationals triumphed 5-4.

🌟 ALL OF THE LIGHTS 🌟 @NationalsGA take the U17 crown after a thrilling 5-4 win in penalties! pic.twitter.com/3nlO3TjsXc