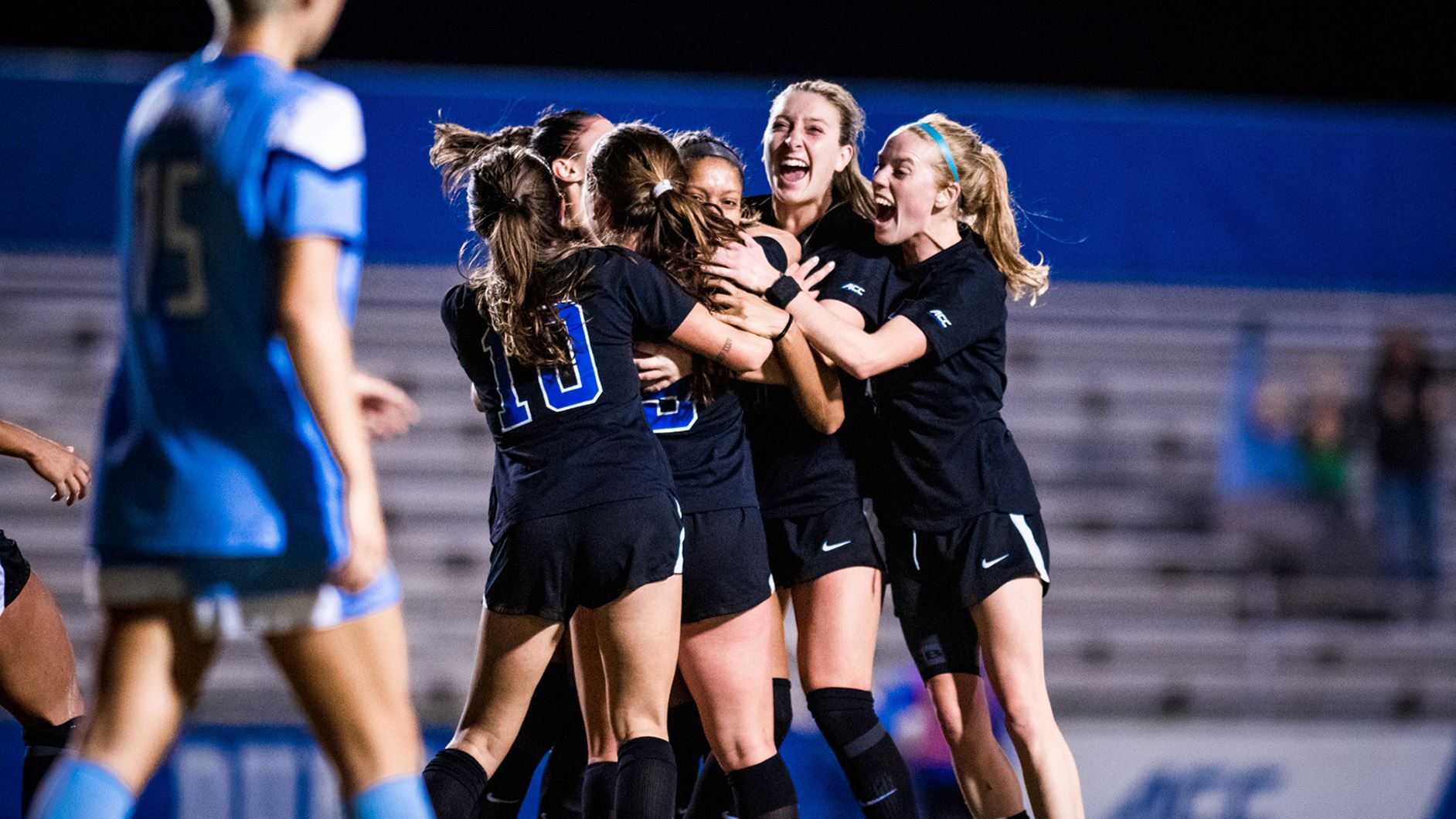 The quarterfinal field is set in the women’s Division I soccer tournament after a weekend of second and third round games.

Recap the weekend action below.

It was a good weekend for the Big Ten, which had the chance to send three teams into the quarterfinals. At the end of Sunday, the conference settled for two, matching the ACC and West Coast Conference.

Rutgers survived a tough test from a quality TCU team. Amriah Ali put the Scarlet Knights in front by a 1-0 score in the 18th minute, and the team held firm for nearly the rest of the game. However, freshman Camryn Lancaster tied the game in the 85th minute. Penalty kicks were eventually needed, as Rutgers advanced by a 5-4 score.

It was a much more straightforward win for Michigan, as the Wolverines scored twice in the first 25 minutes, getting goals from Sarah Stratigakis and Meredith Haakenson. A Samantha Woods goal at the 65-minute mark rounded out the scoring in a 3-0 win.

After beating USC on penalty kicks Friday – thanks in large part to a strong performance from goalkeeper Katherine Asman – the Nittany Lions were unable to solve the shot-stopper on the other side in Sunday’s third round game against South Carolina. Heather Hinz made five stops, while Luciana Zullo and Samantha Chang both scored in a 2-0 win for the SEC side. The Gamecock defense has yet to concede a goal in three tournament games.

For the first time in program history, Arkansas is heading to the Elite Eight, beating two ACC programs to make it. After a 3-0 win on Friday against Virginia Tech, a 78th minute goal from Taylor Malham provided the winning margin against a very good Notre Dame team.

It was a back-and-forth matchup from the opening whistle, as Malham scored in the 10th minute. Notre Dame had a quick answer, as freshman Korbin Albert tied the game in the 22nd minute. Arkansas jumped ahead again, this time via Parker Goins nearly nine minutes after the half. Olivia Wingate’s goal briefly tied the game, before Malham popped up to win again.

Title game teams from the spring move along

Both Florida State and Santa Clara stay alive and could return to the title game after battling it out this past spring.

The Seminoles had little trouble in Friday’s second round match, cruising to a 5-1 win over SMU. But it was a different story on Sunday, though an early goal from Jody Brown just five minutes into the game proved to be the winning margin versus Pepperdine.

WCC side Santa Clara faced a much more difficult path. As an unseeded side, the Broncos traveled across the country for a pair of games at Georgetown. In an extremely tight clash against a tough Georgetown side, goals from Isabella D’Aquila and Kelsey Turnbow provided a winning 2-1 margin in overtime.

Facing Wisconsin on the Hilltop in Sunday’s third round match, the Broncos got another late winner. An opening goal from Alexis Loera was canceled out by Emma Jaskaniec’s 70th minute strike. Freshman Karly Reeves scored her first goal of the season at a perfect time, securing a 2-1 win once again.

If Sunday’s seven-goal effort is anything to draw conclusions from, the Duke offense is coming to life at just the right time. After winning by 1-0 margins in the first two games of the tournament, the Blue Devils bounced St. John’s by a 7-1 score. Freshman Michelle Cooper scored twice in the first half, while Olivia Migli had a second half brace. Tess Boade, Mackenzie Pluck and Grace Watkins also scored.

In a Saturday matchup between two good attacks, the third round matchup between Virginia and BYU yielded just one goal. It was enough for the Cougars to advance, as Cameron Tucker’s second half tally provided the winning 1-0 margin.