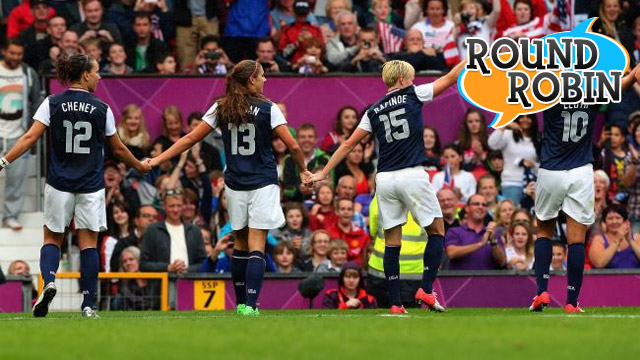 The U.S. Women’s National Team defeated North Korea 1-0 on Tuesday, to complete group stage pay at the Summer Olympics with a perfect 3-0-0 record. The team  now advances to the quarterfinals on Friday.

Who impressed you on Tuesday and who didn’t?

Robert Ziegler: I liked Lauren Cheney and not just because she is from Indianapolis. Cheney shows a lot of vision in the playmaker role and that was vital in trying to break down a resolute North Korean defense. I don’t want “resolute defense” to become a code word for “dirty as can be” so let me point out here that both things were true of the North Koreans. They defended passionately, but they crossed the line of fair play too often. I hope nobody sustained any lasting injuries.  Speaking of resolute defending, let’s hear it for the U.S.back line. They took some criticism here after the opening of the match vs. France, but that’s 2 clean sheets on the fly. Give credit where it’s due. 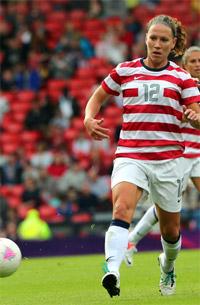 As far as concerns, the finishing could have been a little better Tuesday, but I struggle to think this is a problem area for the U.S.

Caroline Yort: The pace of the game barely kept me awake in the second half, so let me see what I can come up with from the first 70 minutes. I thought the U.S. was solid all the way around.  The final score may have only been 1-0, but rarely did Hope Solo even have to move, and the win was never in danger. As Rob said, that would be credited to a solid back line, even without the presence of Aly Krieger.  The main thing I learned today was that Rachel Buehler is called "the Buehldozer," which I think would be a more appropriate nickname for those North Korean defenders.  Buehler has a lot more finesse than a bulldozer. Now, on to the quarterfinals...Go USA!

J.R. Eskilson: I thought there were a number of strong performances on the field on Tuesday, but head coach Pia Sundhage's leadership really impressed me. In the build up to the game, she handled the silly spat between Brandi Chastain and Hope Solo with right amount of attention: minimal. Despite the attention that the media was trying to heave on a ridiculous public disagreement.

Tactically, Sundhage had the team well prepared for a cagey group like North Korea. Given the difficult conditions (English weather) and the situation, coming away with three points was a good result and a strong step forward for the U.S. Furthermore, this is the first time the women have won all three games in group play, so my pre-Olympic prediction that this could be the best Olympic team ever is still intact.

As for who didn't impress me, North Korea's dirty play definitely did not impress me. The red card in the second half was the first red card of the competition (regardless of the gender). It was a terrible tackle that was one of many from the Asian squad. On the U.S. side, there was not much to complain about. The U.S. dominated possession and North Korea had little to show for its part of the game.

Robert Ziegler’s Final Word; So it was an ugly game thanks to the opposition. Much stiffer tests will be coming in the knockout rounds, but so far the team has done nothing to make you think they aren’t a strong contender for a third consecutive gold medal.