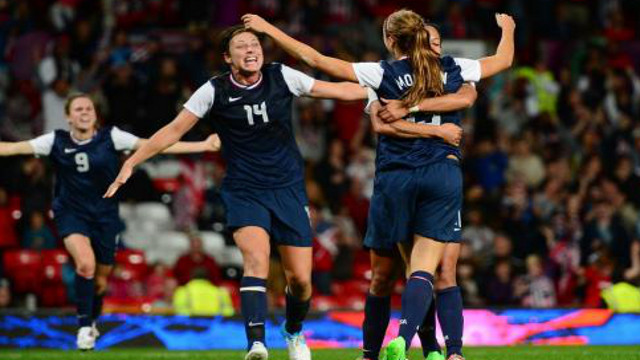 Before we get to the player ratings of United State Women’s National Team in its 4-3 win over Canada Tuesday at the Olympic Games, two points about the match: 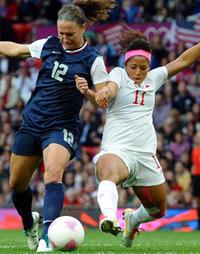 Christie Rampone, Defender: 6 – Not a great game for the defense but she was a leader for this group.

Amy LePeilbet, Defender: 5  - Came off the line early on the third Canadian goal.  Not a strong game overall

Kelley O’Hara, Defender: 5 - Couldn’t match Sinclair in the air on the second goal and also beaten on the first goal. Her best value to the team is always going forward down the wing.

Megan Rapinoe, Midfielder: 8 - Always a lionheart, the opening U.S. goal was more on Canada then about her serve, but scored a good second goal and she was a constant threat.

Carlie Lloyd, Midfielder: 6 - Skinned by Tancredi before the cross on the second goal. Central midfield bypassed a good bit during this match.

Tobin Heath, Midfielder:  7 - Best 1v1 attacker on the field. Has a great understanding in attack with Cheney and Morgan.

Lauren Cheney, Midfielder: 7 -  Excellent soccer brain. Played intelligent balls and in good position, but too often the U.S. attacking style was to hit it over her head.

Alex Morgan, Forward: 7 – Her running was very valuable to the team and she played a couple of dangerous balls. And oh yeah, she scored kind of an important goal at the end.

Abby Wambach, Forward: 6 – Scored a match-tying penalty and brings the most physical presence of all, but missed a couple of very good chances to score earlier.

Heather O’Reilly, Midfielder:  7 – Hit the cross on the winning goal after a moment of madness from Canada, heading the ball back and forth in their own end instead of clearing it.

Becky Sauerbrunn, Defender: 6 – Made an important play with the ball bouncing around the U.S. penalty area in extra time.