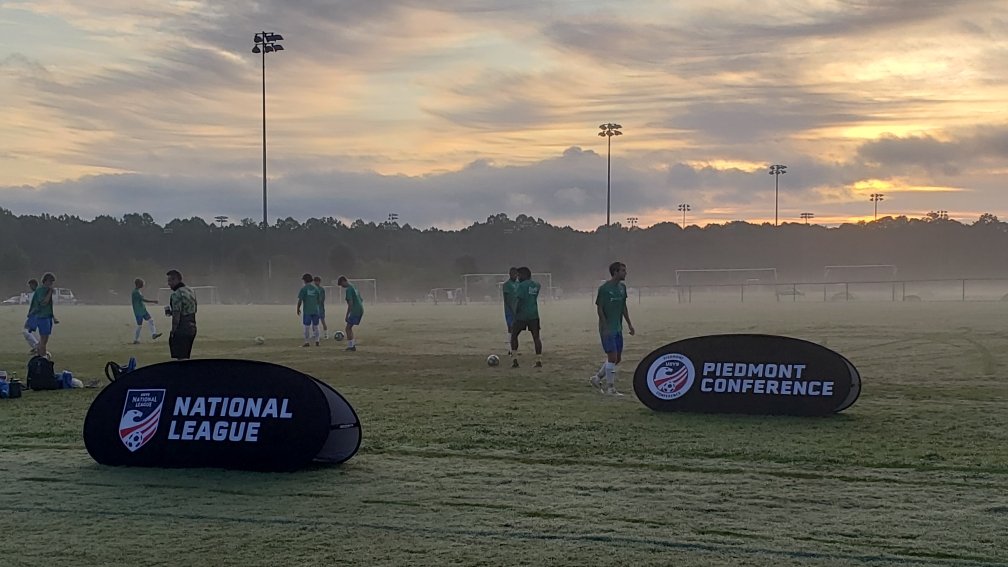 The 2020-21 US Youth Soccer Piedmont Conference season kicked off play over the weekend, as 66 Georgia and South Carolina teams in the 14U through 19U Boys and Girls age groups competed at North Mt. Carmel Park in Hampton, Ga.

Ahead of the Piedmont Conference’s opening event weekend, teams were eager to return to the field and compete in conference action.

“It feels great,” said Alex Pama, Georgia Impact SC’s Technical Director. “The event was well put together. The referee level and conference competition level were high and our club’s teams were able to leave with four wins and only two losses on the weekend.

“We are big fans of the fact that this is a merit-based league. We like the club model of development. Our older age groups are very competitive and the goals for those teams is to win the conference, qualify for regionals, and win State Championships, etc., while the goal of our younger age groups is learning and development. As a club, we are always preparing our kids for the next level, whether that is high school, National League or college.”

The weekend featured many exciting matchups between sides looking to get early jumps in the conference standings. South Carolina United FC 04 Boys (SC) are competing in the Piedmont Conference for the first time and got their season off to a great start with a pair of wins over the weekend.

“It was a great weekend,” SCUFC 04 head coach Lee Morris said. “The signage was professional and the whole event was very well organized. We had a very tight game against Kalonji Soccer Academy on Sunday. They scored late in the second half to make the ending very exciting. It was a competitive weekend and we thoroughly enjoyed it.”

Morris talked about how he attributes his players’ focus to their success.

Morris said his club’s teams felt safe all weekend and felt like the steps taken by the league produced a safe environment for playing soccer.

“I thought the sideline boxes were a good idea to keep parents and spectators distanced during games. I also liked that player cards were not being passed through too many hands. There was a lot of good communication before the event from the league about procedures for safety and it was all very professionally done.”

Some notes from the weekend’s matches…

United FC – Furman 07G Elite (SC) kicked off the season with an exciting 2-2 tie against CFC Red Star 07G Elite (GA) in Saturday’s season opener. Redstar struck first when Katie Entlich found the back of the net in the 5th minute. Furman responded in the 23rd minute when Caroline Getz played a ball from the right side into Kalin Knox, who was tightly marked in the box. Knox then used a bit of deception to turn the defender and finished with a driven left-footed shot that was low and away from the keeper. Valery Angrino gave Redstar the lead again in the 33rd minute when she got one past the goalie to make the score 2-1 going into the half. Furman came back quick in the second half when Getz managed to send a deflected cleared ball over everyone into the back of the net from 22 yards out in the 45th minute. The teams battled it out with strong defensive stands for the remainder of the game – resulting in a draw.

Inter Atlanta FC Blues 06 Boys (GA) had an exciting matchup Saturday against Carolina Futbol Academy – Pachuca 06 Boys (SC). Pachuca had a strong start with Brando Bedolla getting three interceptions to set up his side’s three goals in the first half. Bedolla hit two of the scores himself working off of his teammates and made the assist on the third to Jake Hernandez, who was able to tap it in. Pachuca went into the half up 3-0. Inter Atlanta stormed back in the second half when Jose Jimenez hit a high-lofted free kick from outside the box that dropped perfectly in the top right corner of the goal in the 45th minute. Jimenez stuck again for Inter Atlanta in the 52nd minute, this time sending his shot into the left corner of the goal. After going back-and-forth in the remainder of the second half, a quick long-ball over the top of the field pulled the Pachuca goalie out and Inter Atlanta’s Mac Vargas was able to win the ball and chip in the shot in the 80th minute to tie the game up 3-3. A last minute shot attempt by Jimenez went inches wide of the goal and the official signaled time for this competitive season opener to end in a draw.

Georgia Impact SC 05G Elite (GA) took on United FC – Furman 05G Elite (SC) on Saturday in the teams’ season opener. Impact got off to a strong start with 3 goals in the first half by Emma Pethel, Sydney Pama, and Jordyn Jones. Furman came back strong in the second half with Myleigh Shaw and Liza Parker scoring goals in the 45th and 57th minutes, respectively. But, with Alba Zaccagnino’s goal in the second half and a strong defensive effort, Impact was able to secure the first win of the season with a 4-2 final.

South Carolina United FC 04 Boys (SC) and Kalonji SA 04 Boys (GA) had an exciting matchup on Sunday. Both teams came into the game after winning their Saturday openers. After an intense scoreless first half, SCUFC’s Bruce Powers was able to score off of a pass from Franklin Spires in the 49th minute. Spires had got his second assist of the day when he broke down the sideline and crossed the ball to Logan Karns, who found the back of the net in the 72nd minute. A late goal by KSA’s Alexander Lee in the 90th minute made for an exciting finale, but was not enough to overtake SCUFC who finished with the 2-1 victory to start the season with two wins.

All-In FC 03 Girls Elite (GA) got the all-important season-opening win on Saturday over Inter Atlanta FC Blues 03 Elite (GA) with a score of 3-1. All-In’s first goal came from Mckenna Filson when she knocked a corner kick into the back of the net in the 7th minute. Twenty minutes later, All-in’s Camyrn Lampron placed a good ball to Judith Juarez, who was able to find the back of the net from 10 yards out for the team’s second goal of the first half. Inter Atlanta was able to cut the deficit to one goal in the second half, but the lone goal was not enough to catch All-In FC, as Mildred Filson outran a defender and sidestepped a charging goal to hit the shot from 15 yards out in the 76th minute which secured All-In FC’s first victory of the season.

Charleston United SC 02 Boys Red (SC) and Georgia Storm SA – Darlington 02 Boys (GA) both came into their Sunday matchup after winning their season openers on Saturday. Charleston struck in the 3rd minute when Wilson Browning beat his man on the near post corner and had a flick-on header into the net off a pass from Jose Pano. In the 22nd minute, Charleston’s Midfielder Ethan Ouellette brought the ball into the box and was able to play it to the back post for Browning to score his second goal of the game. The second half made for even more excitement as Charleston’s Jose Pano-hermenegildo capitalized on a foul and converted his PK in the 68th minute. Darlington’s Damean Dominguez was able to find the back of the net for his side in the 87th minute to make the score 3-1, but Charleston’s Keeper, Beckham Boomershine, recorded 8 saves Sunday to help Charleston get its second victory of the weekend.