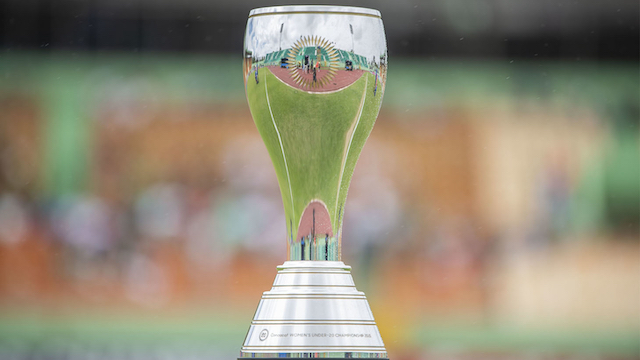 New U.S. U17 Women's National Team head coach Natalia Astrain learned her opponents for her first test on Thursday when the results of the draw for the 2022 Concacaf Women's U17 Championship were announced. USA was placed in Group G with Costa Rica, Puerto Rico, and Grenada. USA is the defending champion at this age group, the fourth championship at this level for the Federation.

The Concacaf U17 Women's U17 Championship is scheduled for April 23-May 8 in the Dominican Republic.

The U.S. U17 Women's National Team is currently in camp in Chula Vista as the new head coach begins the process of getting the team ready for the World Cup qualifying event.

The Draw for the 2022 Concacaf Women’s Under-17 Championship was conducted in Miami, Florida on Thursday, revealing the groups for next year’s tournament, which will take place April 23 – May 8, 2022 in the Dominican Republic.

The first round of qualifying for the 2022 CWU17 took place from October 20 to November 1, 2021, at the IMG Academy in Bradenton, FL, USA. The 10 participating teams were split into three groups. After round robin play, the three group winners; Saint Kitts and Nevis (Group A), Curaçao (Group B) and Honduras (Group C), as well as the best ranked second-place finisher (based on a weighted points system), Guyana (Group B), advanced directly to the Knockout Stage of the 2022 CWU17.

The CWU17 Championship will be disputed in two rounds, beginning with a 16-team group stage. After round robin play, the top three teams in each group will advance to the knockout stage joining the four best teams from CWU17 Qualifying.

The results of Thursday’s Draw are as follows:

The knockout stage of the competitions (round of 16, quarterfinals, semifinals, third place match and final) will all be played in a single match direct elimination format.

At the conclusion of the event, the champion, runner-up and third place finisher will qualify for the 2022 FIFA U-17 Women’s World Cup in India in October of 2022.

The United States is the current champion (fourth title overall) of the CWU17 following a 3-2 win over Mexico in the 2018 Final.