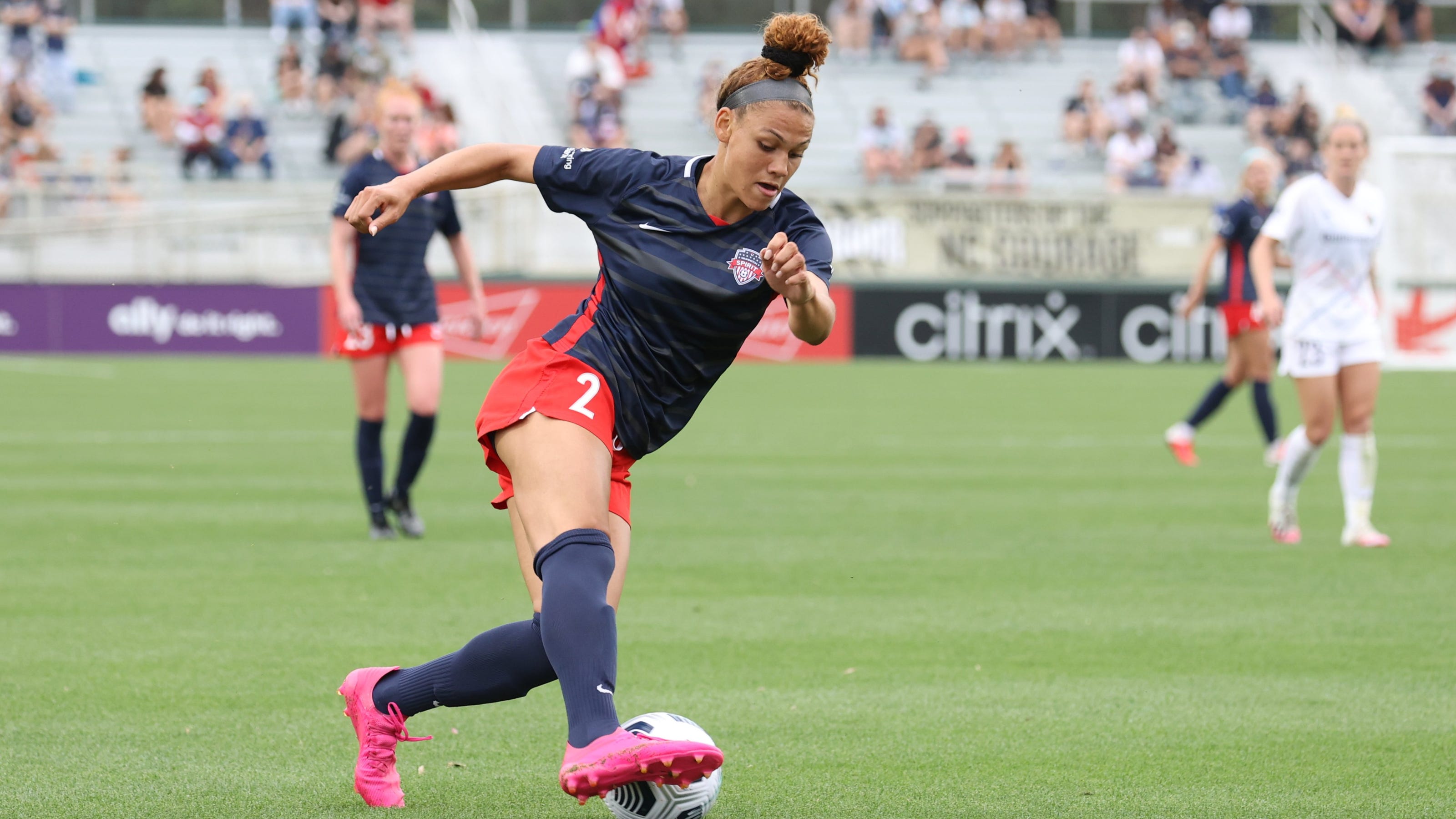 As 2021 comes to a close, take a look at 21 of the best young players in American soccer at the pro, national team, club and college level.

All players considered are 21 or younger (born in 2000 or earlier).

The breakout came for the 18-year-old forward at both club and country. Pepi scored 13 goals in 31 games for FC Dallas, and elected to play for the U.S. men’s national team. He scored 3 times in 7 appearances for Gregg Berhalter’s squad, and could be the next young player to be transferred abroad.

After getting selected No. 2 overall in the NWSL Draft, Rodman earned Rookie of the Year, winning the NWSL championship. She made 22 appearances for the Washington Spirit, scoring 6 goals.

Not the most highly regarded recruit, Parker was nevertheless one of the best freshmen in college soccer in the fall of 2021. After finishing up his club career with FC United at the MLS Next playoffs, Parker scored 3 goals and had 7 assists in his first year of college soccer and is earning strong pro consideration.

The Gatorade National Player of the Year in girls soccer, Thompson enjoyed another impressive season. She’s currently playing against boys in MLS Next and more than holding her own. Committed to Stanford, she’s the No. 1 player in the class of 2023.

It’s been quite the journey for the 21-year-old striker from Oklahoma. Recently finishing up his second year as a pro, Dike started 2021 on loan at Barnsley in the English championship, where he scored 9 goals in 19 games. He dealt with injuries when back in MLS, but still scored 10 goals in 18 games. Prior to all that, Dike had made his full U.S. debut on January 31, 2021, going on to make 8 appearances, scoring 3 goals.

The Stanford signee is one of several players on her club team worth a mention, whether that’s Jasmine Aikey, Freya Spiekerkoetter, Leah O’Brien, Amalie Pianim and Charis Toney. MVLA dazzled at the ECNL National Playoffs in Florida and won the national championship in Richmond this past Jully. On Signing Day, Montoya, Aikey, Spierkoetter and Pianim all signed NLIs to play college soccer at Stanford.

Two College Cups in one calendar year isn’t a bad for a converted center back. A freshman in the 2020-21 season, Flynn earned the starting role at the back during the spring NCAA tournament. She carried that over into the fall, where she played in 25 games on the way to a national championship.

Another Stanford-bound player for the class of 2022, the center helped FC Bay Area win the Girls Academy 04 age group this summer. She was also called up to the U.S. U20 WNT for preparation for next year’s World Cup qualifying tournament.

The top-ranked recruit was one of the best first-year players in college soccer, a blend of quality and athleticism to anchor the Pac-12 champions. Reale earned TDS Freshman Best XI First Team honors.

Transferred to Austria in January, the 21-year-old made big strides for club and country. He’s made more than 30 appearances, playing in the Champions League this fall. While his U.S. debut came in 2020, Aaronson played big minutes in World Cup qualifying as the U.S. looks to return to the tournament in 2022.

Missimo enrolled in Texas this spring, beginning her college career with three spring matches. She scored 3 times and had 2 assists in the spring, before scoring 9 and adding 14 in the fall campaign.

The TDS Men’s Player of the Year led the Hoyas to another College Cup, and he was excellent in both the spring and fall seasons. The lanky midfielder is one of the best players in the college game and just makes the cutoff here.

The TDS National Freshman of the Year continued her strong form from the Girls Academy into the ACC. After playing at IMG Academy to wrap up her high school career, Cooper scored 12 goals in 18 games and notched 5 assists.

It was a terrible year for the Chicago Fire on the field, but the teenage goalkeeper offered a bright spot. The 17-year-old made his professional debut, appearing in 11 games with four clean sheets.

The talented left back was named the USL Young Player of the Year, enjoying a strong campaign in the Championship. He also sealed a switch to Real Sociedad in Spain and is one of the top U.S. prospects making the move.

It was quite the year for Albert from the club to college soccer level. After reclassifying to graduate early and join the ACC program, Albert helped Eclipse SC win the 2021 ECNL National Championship at the U19 age group. The talented attacker had a sensational freshman season, scoring 12 goals in 22 games, earning TDS Freshman Best XI honors.

Another impressive freshman in the women’s college game, Tiernan was the Big Ten Freshman of the Year, earned All-Big Ten First Team and was a big part of Rutgers’ College Cup appearance. She scored 8 goals and had 13 assists for the Scarlet Knights.

The sophomore was one of the top young players in college soccer this fall, building on a great freshman year in 2020-21. Expect to see him take a long look at turning pro in the offseason.

The 20-year-old had a great 2021, leading the Broncos to the spring national championship. She scored 8 goals in 12 games in the spring, and then 8 in 22 this past fall, as Santa Clara returned to the College Cup.

This was Sands’ best professional season in MLS as a 21-year-old, playing 26 games in a number of positions for NYCFC. He helped the team win MLS Cup, and made his U.S. national team debut this summer. Not a bad year.