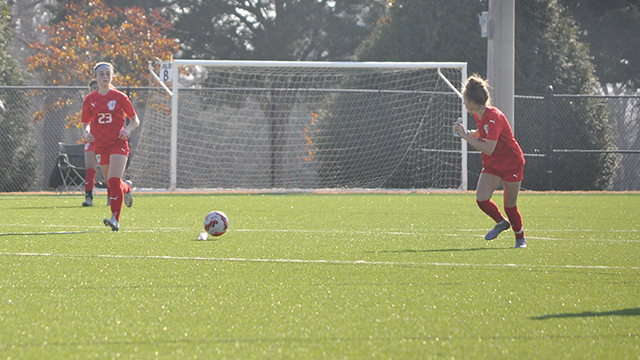 Editor's note: Our local scout slated to cover this weekend's Girls ECNL Event is absent due to illness.

After a recruiting dead period and holiday season, the fourth ECNL Girls National Event of the 2021-22 club seasons heads to Florida.

The Premier Sports Complex at Lakewood Ranch is the host for the January event, with U16 through U18/19 age groups involved. Saturday night will also feature a pair of National Selection games, with rosters for those announced earlier in the week.

In all, more than 200 teams are set to compete starting this Saturday. Check out some of the teams to watch from each age group.

Both Internationals SC and Virginia Development Academy are two of the top teams at this age group. The pair squared off at the ECNL National Event in Tennessee, and head to Florida this weekend. The Virginia club side’s regular season is drawing to a close, as high school soccer takes place in the spring.

Concorde Fire Platinum has put together a very strong 17-3-1 conference record heading into Florida. The Portland Thorns, Michigan Hawks and WNY Flash are on the schedule for the Georgia side.

It’s never a surprise to see talented teams perform well from FC Dallas, and this age group is no different. Bolstering a 13-1-1 record in the Texas Conference – the lone loss against powerhouse Solar SC – FCD won twice and drew another in three games in Tennessee. The Hawks, World Class FC and SUSA FC are on the schedule.

Having wrapped their schedule at the end of November, Chicagoland side Eclipse SC is traveling to Florida for another trio of games. An 11-1-1 record at this stage of the year is a strong position for playoff hopes.

Texas Conference leaders FC Dallas are among the teams from Texas heading to Florida, as FCD’s 2.07 points per game is currently tops in the age group in the Lonestar state. Their weekend foes include Michigan Hawks, PDA Blue and PDA White.

A geographically diverse array of opponents awaits NC Fusion, which holds an 11-2 record at this stage of the season. Saturday’s opener is against Cleveland Force, followed by a match against Eclipse Select SC and finishing on Monday versus PacNW SC.

Atlanta teams are also flocking to Florida, getting another round of club games in before breaking for high school. GSA is currently one of the top teams from a points per game perspective at this age group, with a 16-1-4 record. An opening weekend clash against Richmond United should provide quality and entertainment, before GSA faces PDA White and the Michigan Hawks.

Richmond’s team at this age group has shown consistency over the past couple of years, with several players heading to major Division I programs in 2023. Along with that matchup against GSA, United takes on United Futbol Academy and Kings Hammer SC.

Sporting Blue Valley’s performance in the Midwest Conference has them in a good spot before making the trip to Florida. Holding an 8-1-3 record, this weekend is the final three games they’ll play before taking a break. Florida Elite, Portland Thorns and FC Stars Blue await.

In the middle of a break dating back to November, Heat FC returns to action for a trio of games. The Nevada side has scored a solid number of goals (22) but also conceded 19. A Saturday game against Charlotte SA is a tough way to kick off the weekend, followed up by Tennessee SC and Ohio Elite Soccer Academy.

The smallest number of teams are heading to Florida at this age group, with a shade under 60 teams heading. Among the club sides to track here include another Richmond United team, United Futbol Academy, Charlotte SA, NC Courage among others.

Several Pacific clubs from the Northwest Conference head into action for the first time at this age group. It will be an interesting data point for the likes of Portland Thorns, Seattle United, Pac NW and Crossfire Premier to work with as they all head into competitive action after long flights from the Northwest corner of the country.

The sample sizes are small for these sides at this stage of the season for a number of teams, and for the bulk of committed players, it’s a good opportunity to play as preparations for the fall of 2022 continues.