Each year, Northwestern releases the updated version of its boys’ summer camp alumni. It’s a snapshot that details the current whereabouts of former camp participants.

And it isn’t just the big-name players like MLS athletes Jason Herrick, Raushawn McKenzie and Brad North. “The List” documents all of the college programs across the country who have received players after they came through Northwestern’s College Soccer Training Center. It speaks to the impact, and the intent of the camp. 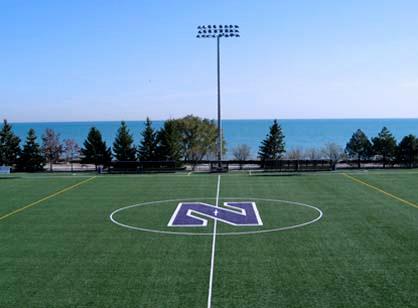 Northwestern field
“There are a number of coaches across the country who use (the CSTC) as a primary recruiting tool,” said Northwestern coach and camp director Tim Lenahan, who has had 19 of his current 22 players participate in a Northwestern camp at one time or another.

“We look at every kid who comes into our camp as a potential Northwestern player, but we work to find them the perfect fit for their career so that they can find success.”

Too many players to count have found ultimate success after attending the CSTC.

This year’s event will take place on July 21-24. It’s geared for high school aged boys who aspire to play at the college level and possibly beyond.

Aimed to expose participants to what a genuine college preseason is like, the Northwestern CSTC uses the same principles of training and discipline that have helped the program rise to the cream of the Big Ten Conference.

Two Elite Eight appearances in the past five years speak to the standard of excellence set at Northwestern.

Then there’s the matter of the actual campus, which hosts the event and provides a naturally eye-catching backdrop in what is a scenic part of the country.

“The view of the field that campers will play on is absolutely stunning,” Lenahan said. “You have Lake Michigan within ten yards of the touch line, and the Chicago skyline directly south. In terms of vistas, it’s hard to match.”

And in terms of leading young soccer players to a successful career, the CSTC and its “List” speaks for itself.

To view “The List,” and to learn more about taking your place among the standouts who have played at the College Soccer Training Center, click here for more information or to register.
Headlines
Club Rankings HQ
View all rankings >>