Lauren Kaskie recently announced her verbal commitment to UCLA, marking another elite 2013 graduate to get the recruiting process out of the way early.

Or maybe ‘early’ isn’t the right term anymore. It’s now pretty standard for a top 2013 girls’ prospect to commit – a subject we’ve thrown out in the past.

The trend is essentially giving the best programs a stronghold on the future, one big-name at a time.

If you don’t believe me, just check out the following programs and their blue chip 2013 recruits as we break down a few future dynasties.

Boston College
2013s: Morgan Andrews, Hayley Dowd, Meghan MacDonald
Skinny: Andrews is the No. 2 player in the Top 100 list and a surefire star; Dowd (No. 7 on the Top 100 and MacDonald aren’t slouches either, giving the Golden Eagles a great foundation for seasons to come. 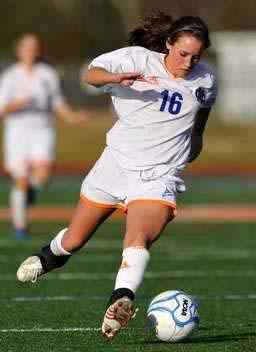 Marion Crowder
Florida State
2013s: Anna McClung, Carissa Miller
Skinny: McClung is a skillful attacking player who is also a U.S. U18 Women’s National Team player – and is No. 5 on our Top 100. Miller, No. 24 on our Top 100, also has national team experience and is one of the best young goalkeepers in the country. Yeah, the Seminoles are in good shape.

Georgia
2013s: Marion Crowder, Gabrielle Seiler
Skinny: Seiler, No. 15 in the Top 100, is already eating up ECNL competition while striker Crowder (No. 30 in Top 100) has been invited to U14 National ID camp and is a player with big upside.

North Carolina
2013s: Joanna Boyles, Summer Green
Skinny: Boyles is the top rated player in her class. Enough said. And Green is just behind her at No. 4 on the Top 100 List. The Tar Heels have done well for themselves.

Notre Dame
2013s: Antoinette Payne, Sandra Yu
Skinny: Payne is a U.S. National camper and athletic midfielder with potential while Yu is a national team midfielder who is technically superb and happens to be No. 17 on our Top 100 List.

Oklahoma State
2013s: Natalie Calhoun, Ashton Hierholzer, Kristen Killion, Kendall McKnight, Joanna Robertson
Skinny: Top 100 players from this group include: McKnight (No. 94), Hierholzer (No. 91), Robertson (No. 42) and Killion (No. 9). Oh, and defender Calhoun is a pretty good defender as well, ranking No. 18 in the Texas region. 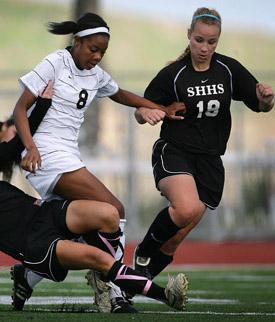 “Joining a soccer dynasty was big for me; playing with top players and joining one of my good friends (Miranda) was important,” said Kaskie, our No. 8 Top 100 player who has now joined forces with No. 3 Miranda.