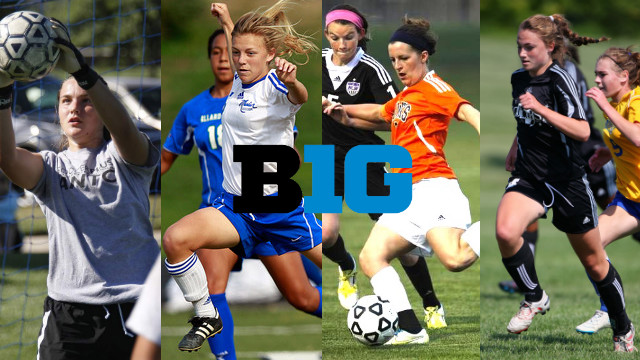 The Big Ten women’s conference made serious strides last season, as programs like Illionis(w), Nebraska and Michigan showed well throughout their respective campaigns. Penn State was right in the thick of things as well, though they failed to make it to the College Cup for a second straight year. 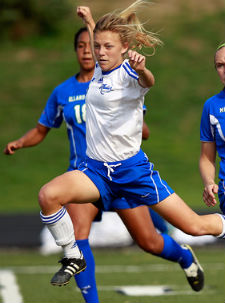 The addition of Maryland and Rutgers should be a welcome sight for women’s soccer, as it brings in two underrated programs to the fold. And the recruiting classes should only continue to improve, as they look very solid for the coming year.

The Illini lean mostly on Midwest prospects in this upcoming class save for Marbury, a forward from the Pacific Northwest. Offense is a main theme here, with three forwards, including Abby Elinsky, a spring enrollee who won a national title with Cleveland United last summer and a state championship with high school side Rocky River as a senior.

Coming off a quality 2013 season, Indiana reloads with a recruiting class capable of adding something to the program this year. Mikayla Smith and Nicole Zimmerman are ranked at No. 103 and No. 138 respectively in the IMG Academy 150, while the squad is bringing players to fill spots all over the field.

There’s an interesting blend of in state and out of state additions heading to the Hawkeyes – all state high school standout midfielder Katharine Woodruff and forward Aubree Larson, while out of state players like Christina Cardamone and Allison Birke are bound for Iowa as well.

The move from the ACC to the Big Ten creates a new and different set of challenges for the Terps, who missed out on the tournament in 2013. There’s no doubt that the new crop of players, which includes a pair of players from the IMG Academy 150 in Rachel Egyed and Madison Turner, will want to play a part in setting a new standard for success.