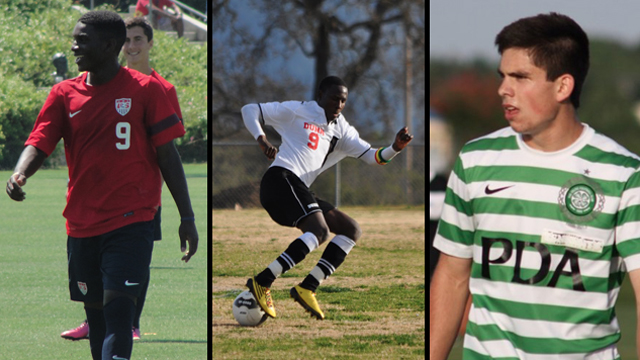 The 2013 college season has kicked off, but that only means we’re a few months away from crowning a champion and moving on to 2014. The cyclical nature of college soccer spins quickly from one season to the next.

Given the calendar shift, it’s also time to update the 2014 boys recruiting class rankings. Four months from the previous update*, TopDrawerSoccer.com takes a look at the updated classes and ranks the top ten.

Check out which program went from unranked to No. 2 and who lost out on a prized recruit.

Additions since May: Cline, Danladi

The Bruins hold onto the top spot in the recruiting class rankings for 2014 thanks to the addition of William Cline and Abu Danladi to the list of verbal commitments. Cline is a skillful center midfielder who impressed the coaching staff during the UCLA summer camp. With experience in England, Cline is expected to step into a prominent position with the Bruins in 2014. Danladi is a dynamic attacking talent who could help the Pac-12 squad this season. The Ghanaian adds a quality weapon to the deep class of incoming recruits.