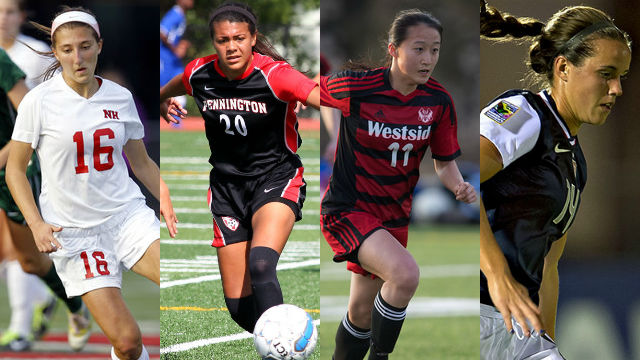 Division I women’s soccer programs took a step closer to the fall 2015 season, as Signing Day featured several recruiting class announcements as seniors across the country made their college destinations official.

Based off those recent announcements, TopDrawerSoccer.com has released its updated 2015 recruiting class rankings. Graded by looking at the IMG Academy Top 150 rankings, verbal commitments for programs without official releases, club player accomplishments, national team involvement and various other factors, below is a look at the Top 25 recruiting classes.

Note that these aren’t final rankings, as they will be updated at least a few more times in 2015, as more schools release their recruiting classes throughout the spring.

*Denotes recruiting class has been announced

The Cardinal announced its class on Signing Day, with the lone surprise the loss of Mimi Asom. Still, there’s enough quality here to hold off the Nittany Lions and Virignia for the top spot in the rankings.

Another decorated class is set to descend on State College, highlighted by experienced USYNT vets Ellie Jean and Kaleigh Riehl. Driesse is familiar to head coach Erica Walsh after her time with the U.S. U20 WNT, and the Florida State transfer could boost depth in midfield. Campbell-Phipps was the lone unknown signee, adding another IMG Academy Top 150 ranked player to this talented group.

No sign of an official announcement, but most of Virginia’s top recruiting class posted pictures of them signing on social media, meaning head coach Steve Swanson is adding a banner crop of first-year talent.