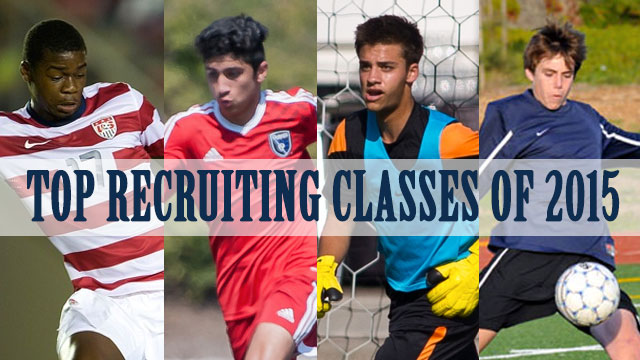 The 2015 Signing Day is in the books. While the vast majority of Division I programs have not announced their classes, there are some athletic departments on top of it and already put out releases celebrating the accomplishments of the future student-athletes at their universities.

There were some shake-ups in the recruiting class rankings following the class announcements on Wednesday including one Pac-12 program jumping into the top 10 after scoring a major commitment from Texas. There was also some movement for an American Athletic Conference program, which nabbed a youth national team standout.