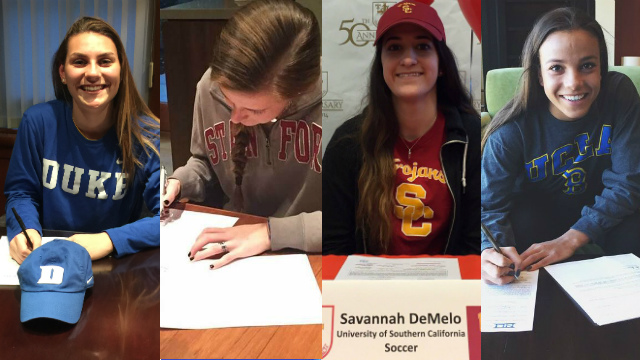 More and more of the classes contending for spots in the final 2016 recruiting class rankings are official, with programs continuing the process of reloading for the fall season.

Changes are minimal in the latest update. USC cracked the top five after announcing its stellar class, complete with a pair of experienced youth internationals from abroad that could bolster the program's chances of a run towards a Pac-12 title.

A handful of decisions could still come in the next few months, as international signings are ironed out and late transfers finalized. Below is the latest Top 25 DI women's college soccer recruiting rankings.

UCLA wasted little time announcing its No. 1 class. And no one is going to unseat them, either, as this star-studded group is going to do big things as Bruins. The latest addition is Australia's U20 starting goalkeeper and W-League veteran Teagan Micah, who will contend for the starting role in goal this fall.