The 2017 Boys IMG Academy Top 150 summer update is out today. As we refine our list for this young age group, there are many changes to note, but the top three of Nicholas Taitague, Kyle Gruno, and Tyler Adams remain the same. Taitague and Adams, along with #4 Edwin Lara, travelled in August to the Copa Mexico de Naciones with the U.S. U15 Boys’ National Team and spoke with TopDrawerSoccer.com’s J.R. Eskilson about the experience. 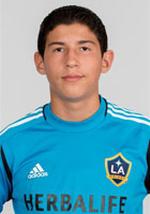 The recent U14 BNT and U15 BNT camps have provided a platform for young players to show their worth to national team staff. Three players in particular stood out and are climbing the ranks of the IMG Academy 150. LA Galaxy goalkeeper Eric Lopez has established himself as the top goalkeeper in this age group and climbs from #21 to #13. Chicago Magic PSG defender Jose Alvaro debuts at #14 after making an impression in his first camp with fellow ‘99s. Internationals SC defender John Nelson makes an enormous jump from #73 to #20. Nelson, a 1998 birth year player, made his third appearance with the U.S. U15 BNT at the recent tournament in Mexico.

Magic’s Alvaro has lots of company on the debutante list, including FC Dallas goalkeeper David Abonce, Classics Elite midfielder Devin Vega, St. Louis Scott Gallagher Metro midfielder Wan Kamal Kuzain, and Revolution Empire center mid Nash Mahler. Abonce excelled at his first camp with the U14 BNT and Vega received a call-up to the U15 BNT camp in July, while Kuzain and Mahler are mainstays of their clubs’ USSF Academy programs. Click here to see where they all are ranked.

In addition to the IMG Academy 150 update, we have made key changes to the regional rankings which will be unveiled throughout the week. Some of the additions include Indiana Fire midfielder Ben Weber, MatchFit Academy winger Kevin Smolyn, Central California Aztecs’ Roberto Ramirez, and many more. Keep checking back to see who else made the lists.