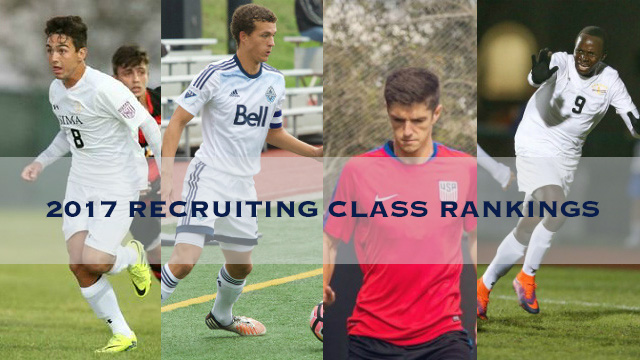 Unlike the race for women’s Division I recruits, the option of pro soccer leaves the top classes up in the air until preseason.

With players mulling over pro options up until the start of the season, changes are still possible between now and August.

Not only that, but international additions continue to come in, while a handful of recruiting classes are yet to be announced officially.

Stanford, which has announced its class, looks poised to follow up back-to-back national titles with the No. 1 recruiting class. A number of Top 150 recruits should be able to jump in right away and add an immediate impact. Along with that, most are unlikely to bypass college for a pro offer.

Three Top 25 recruits, including two locals (Rose and Del Rosario) propel UNC to second spot. Keep an eye on Mark Salas as well, as the FC Dallas Academy has a long track record of sending players to the next level.