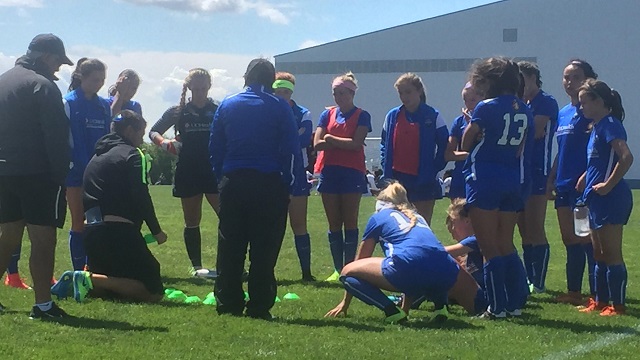 The U14 and U18 teams driving toward national titles here Tuesday finished up final four battles fraught with tension. In the U18 discipline, Michigan Hawks whipped the Jacksonville Armada 3-2 on a late goal, while San Diego Surf won the other matchup to set up a scintillating final. On the U14 side, Solar Chelsea and Eclipse Select both won their games Monday to set up great finales on Tuesday morning.

For the rest, U15, U16 and U17 teams wrapped up group play Monday as a handful of teams took another step closer to the ECNL Finals next month. Here’s a look at a handful of the top players in action on Monday.