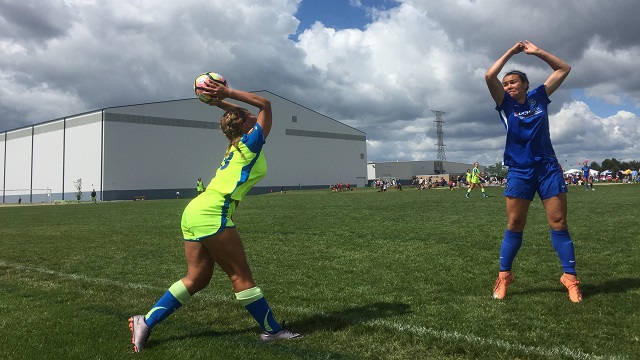 While U14 and U18 teams sought to carve out places in Tuesaday’s finals, U15, U16 and U17 teams dove into their second day of group action. As any World Cup veteran can assuredly tell you, the second day is often a pivot point for advancement into the finale, which the top two teams of each group will do in advance of the ECNL Finals next month. So, needless to say, it was a big day on the fields.

TopDrawerSoccer.com was on hand to mark down some of the top individual performances from some of the nation’s most sought-after recruits. Here’s a look at a ballyhooed grouping of players who separated themselves from the pack on Saturday.