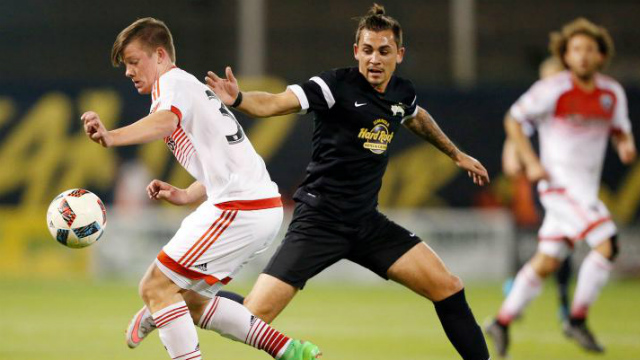 A potential U.S. national team goalkeeper, a trio of teenagers and high-end talent dots the ranks of the next 10 players up in the MLS Top 50 prospect list.

The impact of this group on the 2017 might not be profound, although Zack Steffen could end up as the starting goalkeeper from the opening day of action.

Don't miss the guidelines and overview of the Top 50 MLS prospect countdown before diving in below.

Long touted as one of the goalkeepers of the future for U.S. Soccer, Steffen is quietly the best young goalkeeping prospect in the league. He returned to the United States after spending a year and a half for SC Freiburg’s youth team in Germany. A starting role is at stake this preseason after the Crew declined the contract of Steve Clark during the offseason. Steffen does everything well for a young goalkeeper: he’s got the ideal size, shot-stopping ability, makes good decisions and has the temperament to be a starter. The Crew’s style of play will ask a lot out of him with the ball at his feet, which could be the only hurdle he has to cross in order to win the starting role.