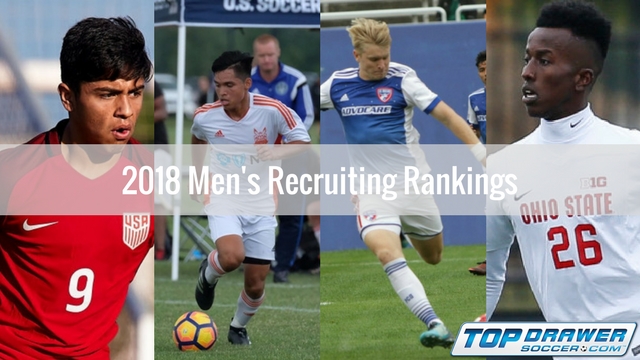 Coaching staffs are still working behind the scenes to secure new additions, with transfers in particular continue to be revealed for this fall. That’s led to a few changes in the April update to the 2018 men’s Division I recruiting class rankings.

Looking at reported commitments, top-ranked signings, transfers and international additions, below is the Top 20 recruiting classes at this point in 2018.

After a poor season by their standards, UCLA’s recruiting class should position the program for bigger and better things. Five players are ranked in the top 20, though it’s worth noting that with each player’s proximity to pro clubs, any of these talented players could turn pro. Another top recruit, Alex Mendez, has verbally committed though it’s uncertain if he’ll make it to Westwood. The addition of transfer Mohammed Kamara from Tyler Junior College should bring goals. Kamara scored 70 goals over the past two seasons for the JuCo powerhouse.