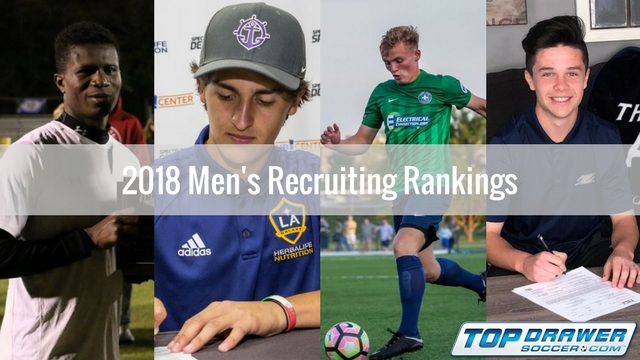 Pro opportunities are the big thing to keep an eye on as the year progresses, while the nature of recruiting also forces teams to wait and see with some of their commitments.

This year's group shouldn't feature too many drop outs, though it's still early, about a month removed from National Signing Day.

The latest rankings expand to the top 15 best classes, with no movement from the previous top 10 rankings.

After a poor season by their standards, UCLA’s recruiting class should position the program for bigger and better things. Five players are ranked in the top 20, though it’s worth noting that with each player’s proximity to pro clubs, any of these talented players could turn pro. Another top recruit, Alex Mendez, has verbally committed though it’s uncertain if he’ll make it to Westwood. The addition of transfer Mohammed Kamara from Tyler Junior College should bring goals. Kamara scored 70 goals over the past two seasons for the JuCo powerhouse.