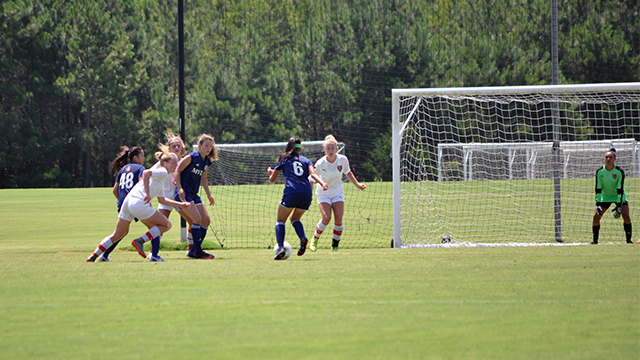 The Under-16 sides kicked off proceedings, as the Michigan Hawks defeated LAFC Slammers by a 4-2 score, while the So Cal Blues pulled away with two late goals to defeat SLSG-MO 3-0.

Next up, Under-17 matches provided a pair of lopsided results; PDA Blue pulling away from New Jersey rivals World Class FC to win 4-0, while LAFC FC Slammers scored three times in the first half to secure a 3-0 win over Ohio Premier.

There was plenty of high-quality action from the Under-15s, including one of the upsets of the day. GSA clung to a 2-1 leads against MVLA’s vaunted possession side, and thanks in part to a strong defensive effort, held on to advance. Waiting in the final will be another PDA Blue side, which scored twice in extra time to defeat FC Pride.

Saturday’s U14 final is set to feature LAFC Slammers FC and PDA Blue. The California side shut down Heat FC to secure a 2-0 victory, while PDA defeated Concore Fire Platinum 4-0. Below are some of the standouts from Friday’s games.