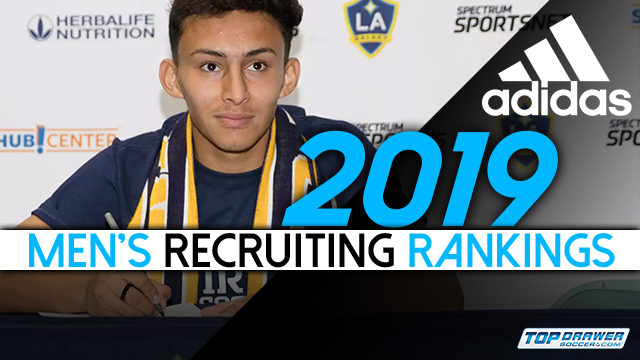 The men’s Division I recruiting process is still very much in flux at this point in 2019, with MLS teams surely seeking to tie down some soon-to-be freshman to Homegrown contracts.

That could leave the landscape of the top classes a bit different when a new season comes around. However, there’s still a clear sense of which programs boast the best verbal commitments at this point in the process.

New editions of the recruiting rankings will be released every month between now and August, as the latest commitments are reported and official class announcements released.

Having already revealed its 2019 class, UC Irvine has a solid chance at finishing atop the rankings. With an impressive crop of California talent, the Big West program should continue to trend upwards.