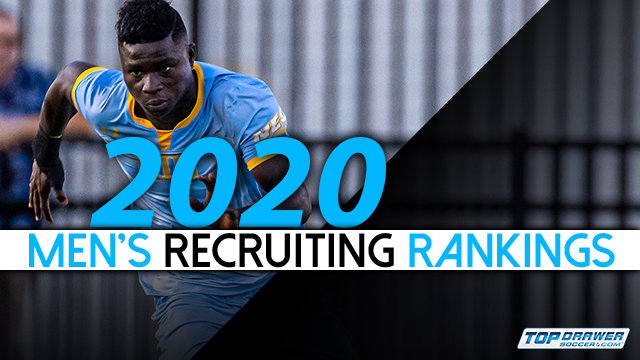 The first concrete implications about what the 2020 fall college season are starting to come into focus.

The Ivy League was the first, announcing that there would be no athletic competitions this fall. The ACC won’t start until September 1 at the earliest (if at all), and the Big Ten and Pac-12 will play conference opposition only.

Even as things come into focus on the field, TDS will still track and rank the 2020 additions as they are announced.

Below is the latest men’s Division I Recruiting Class Rankings, ranking the Top 50 classes of new talent.

The Hoyas have confirmed this group, which probably won’t be pushing for extreme minutes right away, with the national champions losing so little from the 2019 team. If anything, earmark them to step up as sophomores after the current rising seniors use up their eligibility.

Adam Armour signed a contract with a 2. Bundesliga club this past week, bumping the Blue Devils down a peg. It’s still a very good class, assuming they all head towards Durham at some point in 2020-21.