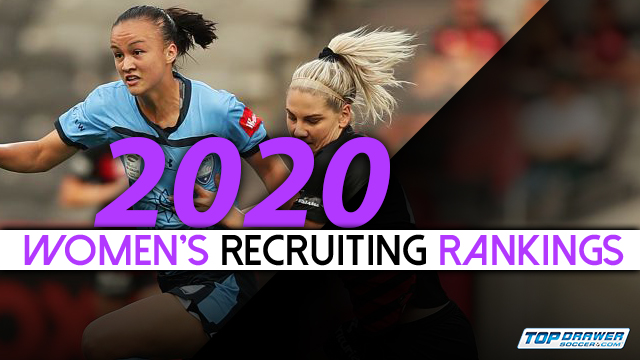 There is far less uncertainty when contrasting the incoming class between men’s and women’s college soccer.

Pro contracts don’t loom nearly as large for the major DI women’s programs, and when an NLI is signed and player admitted to school, things are usually done and dusted.

That leaves changes at a minimum for the latest Recruiting Class Rankings. However, international additions and transfers, which are announced and confirmed, have ramifications both now and through the rest of the year. UCLA holds firm to the top spot with a stellar class of freshmen coming in, but there are several impressive groups heading to DI schools this year.

Below is the latest 2020 Recruiting Class Rankings for women’s DI soccer, based off commitments, transfers and shaped heavily by the IMG Academy Top 150.

Will this class close the gap with Stanford? The Bruins lose Jessie Fleming, but have another top recruiting class coming in, including Sørsdahl and Novak. The latter was just named to the Canadian U20 team for the Concacaf championship and enrolled in January. No matter what, it’s a hugely talented group.