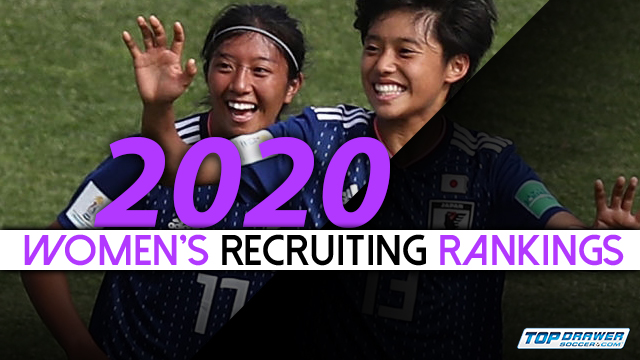 It remains to be seen exactly what the 2020 college season will look like. With the Ivy League and Patriot League officially not playing in the fall, and a few other major conferences playing only conference games, it’s going to look vastly different.

Regardless, 2020 recruiting classes have been confirmed for several programs, painting a picture of which teams are adding the best players – on paper. Unfortunately, it’s hard to know which schools actually added the best without a robust national competition.

Shaped heavily by the final edition of the IMG Academy player rankings, below are the latest updated rankings for Women’s DI soccer. Looking at the Top 50 programs, the rankings are compiled based off reported or announced commitments, transfers and international additions.

Will this class close the gap with Stanford? The Bruins lose Jessie Fleming, but have another top recruiting class coming in, including Sørsdahl, Novak and Härdling from abroad. It’s a big, 14-player class that should keep the Bruins at the top of the heap in the conference and in the nation.

The Cavaliers lost some top-notch quality from last year’s group, adding importance to this just-announced group. Sarah Clark’s transfer from Purdue could be particularly critical with three of the graduates starting defenders.

The Tar Heels added freshman to their 2020 roster, which includes Grant, an England youth national team midfielder that joins from Arsenal FC. That puts UNC right on the neck of Virginia and could eventually push them to the No. 2 spot.