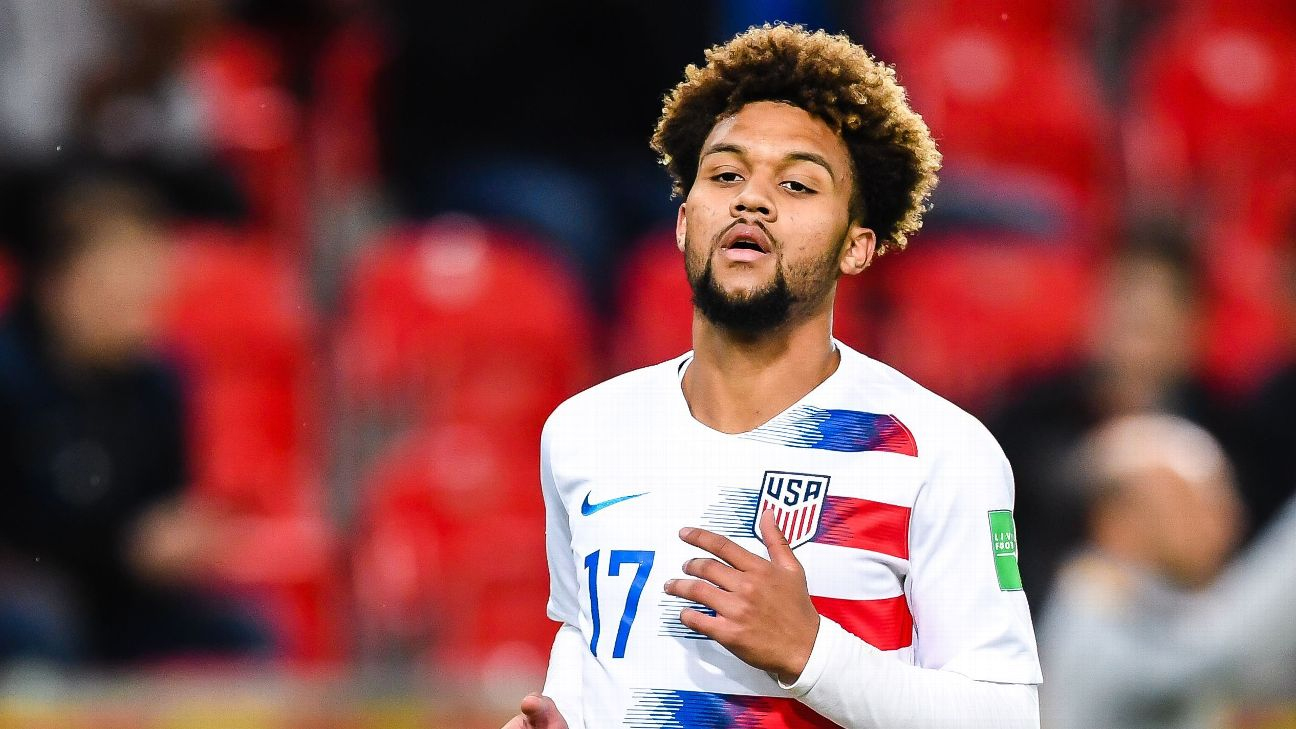 Pandemic permitting, it will be a hectic year for the U.S. men’s national team program at a number of levels.

In theory, a World Cup is set to take place for the Under-17 and Under-20 age group, there’s an Olympics for an Under-23 team. Sprinkle in any opportunities for the youngsters with the full team as they navigate a Concacaf Nations League and Gold Cup, and the start of World Cup qualifying, and it’s going to be hectic.

At this time, Indonesia are the hosts for the Under-20 edition of the event, scheduled to begin in May 2021. Obviously, that won’t be confirmed until 2021 and there’s every chance the event could be pushed back to further in the year.

Looking ahead to the event, assuming it goes forward, the U.S. has an intriguing player pool to work with. Below is a position-by-position look at age eligible contenders for the team. It’s mostly based off of past call ups and a look at some of the best candidates born in 2001 or later that could play for the U.S.

Ochoa is the incumbent from the 2019 edition of the event, as he ended up starting games. There’s not a great deal of depth, and Ochoa’s status as a starter can’t be assumed after he played sparingly in 2020. Luca Lewis is a recent signing by the Red Bulls, returning from an academy stint in Italy to compete for minutes there. Odunze earned a call-up to the friendlies in November, and could be a contender to start while playing up as an 02.

The back line could be a tricky spot to fill for Anthony Hudson. There are not a lot of clear candidates at center back. Sargis, fresh off a stellar season at Sacramento Republic, is a 2002 that could get a look. The same could be said for Benalcazar, who was good in a small sample size for Wake Forest in 2020. Left back contenders are led by Bello, while the U.S. strength at right back is anchored by Reynolds and Araujo, with the latter possibly able to play in central defense.

Recent full team debutants Otasowie and Musah are more long shots as they consider their dual international status, and both would be likely fast-tracked to Gregg Berhalter’s side.

Jose Gallegos is a name to remember after he signed a pro contract with USL Championship side San Antonio FC earlier this year. He could be a potential breakout star in a U.S. jersey if he is able to play his way onto the roster either as a center midfielder or even a wing option.

If we’re keeping all options on the table, Alvarez should be included as an option on the wing. After playing for Mexico at the U17 World Cup in 2019, he would have to file a one-time switch to the United States. He was part of the full team camp in early December and could be a factor for the U.S. team.

Alvarez’s former club teammate Llanez played at the previous edition of the U20 World Cup in 2019, and should be a key piece again. That’s barring a big step forward on the first team of Heerenveen in the second half of the club season. De la Fuente is in the same boat, and the two could start on the left and right flanks. Cameron Harper is on the rise at Celtic, while Quincy Butler’s a name to keep an eye on at Hoffenheim.

Giovanni Reyna is listed here like some of his other peers, but is most likely to skip straight into the full national team and play at various competitions there in 2021 as opposed to with the Under-20 squad.

Along with center back, the No. 9 spot is going to be one worth watching. Hoppe's been in the mix for the first team at Schalke, although part of that is due to the club's dire situation. Jackson Conway could have a chance to factor if he gets off to a hot start, while Pepi could be a candidate as a 2003 that would come to play and also be eligible for the 2023 edition.