A busy summer lies ahead for the U17 MNT 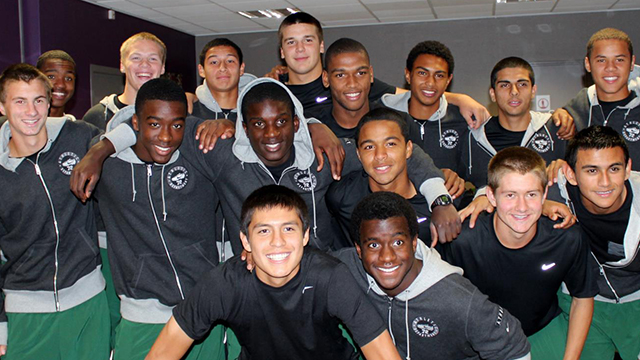 As the end of the semester nears down in Bradenton, Florida for the U.S. U17 Men’s National Team, it marks the end of head coach Richie Williams’ first one at the helm of the team.

And with players set to depart home on May 24 – although the team will meet up several times in the summer – the former New York Red Bulls assistant has enjoyed the experience in charge.

“For me it’s been a lot of fun,” he told TopDrawerSoccer.com. “I’ve really enjoyed it, myself and the staff, we’re in an environment where we’re able to training with the players everyday, Monday through Friday and then scheduling matches on Saturday. We’re able to work with them on the field, we have fitness coaches here who can also work on the field with them after training, five days a week and different things in fitness.” 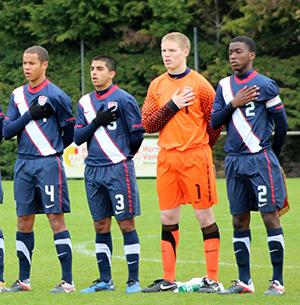 Williams, who also guided the team to its first overseas tournament in April over in France, said that he enjoys the opportunity to not only shape the players on the field, but help them off the field as well.

The main focus is of course, moving the team forward as a group, emphasizing player development, while also focusing on the 2013 CONCACAF U17 qualifying tournament and making the World Cup later in the year.

As a member of the U.S. youth coaching staff, Williams said that he does work closely and speak frequently with Technical Director Claudio Reyna, a bit more so than men’s head coach Jurgen Klinsmann.

“There’s been plenty of communication with Claudio, the director of the youth setup, and Jurgen’s working more with the senior team, the Under 23s and Under 20s, while Claudio works more with the 18s, 17s, 15s and 14s,” Williams said.

One of the methods employed with this age group is exposing the youth national teams to the highest level – whether that’s a pro team or Klinsmann’s senior squad. And when the men’s team heads to Florida for training ahead of this summer’s World Cup qualifying games, the U17 will regroup there to meet with the senior team and watch training.

“We think it’s important for our younger players to see our national team, how they train, what they do in training and just to be around them and have that experience of being around professionals and senior national team players,” Williams said.

Prior to leaving Florida, the U.S. U17s also have a trip to Texas on the schedule, where they’ll take on the Houston Dynamo Academy team in the club’s new stadium, BBVA Compass Stadium in a soft opener on May 10.

“That’s going to be a great trip for us,” Williams said. “I think it’s a really good opportunity for our players to have that experience and that will help them develop and understand what it’s like to play in a stadium in front of a crowd.”

Following the game with the Dynamo Academy, FC Dallas is expected to travel to the Houston area for a second game on May 12, and then the U17s will also attend the first MLS game at the new stadium when Houston hosts D.C. United.

“I just think it’s important in their development to see what it’s like to play in that environment, see what the pros are like, you learn from those things and it helps you understand what you need to do to become a better player, and hopefully you become a better player and a senior national team player,” Williams said.

It’s going to be far from a slow summer though for both Williams and the team. After the trip to Texas and a few weeks off, the team is scheduled to head to Costa Rica at the end of June for a tournament, and then a month later fly to California for a training camp at the Home Depot Center in Carson, before reconvening back in Florida in mid-August for the start of the school year and preparation for the 2013 CONCACAF Qualifying Tournament.

Not much rest for some of the nation’s best young talent.